It's a sad reality to us dirt diggers that many of the successes we have in our garden design and  plant meets color  combos don't always endure. Not all marriages, in life OR the garden, no matter how beautiful and vigorous they once were, will last indefinitely. The synergy and beauty of the coupling gets taken for granted and is eventually left to languish and then fade away. Case in point: the striking pairing of echinacea purpurea, purple coneflower, with the orange intensity and drama of the Asiatic Lily 'Enchantment'.

('Enchantment' is a fast growing clump-forming variety of Asiatic Lily. It bears unscented, cup-shaped, vibrant orange flowers with black spots inside. Easy to grow, multiplies quickly, very showy in your flower border. Deadhead spent flowers, but wait until stems and leaves turn yellow to cut back to within a few inches of the ground. Spring and fall are the best time to plant. Provide ample moisture while flowering, but can take periods of drought otherwise.) 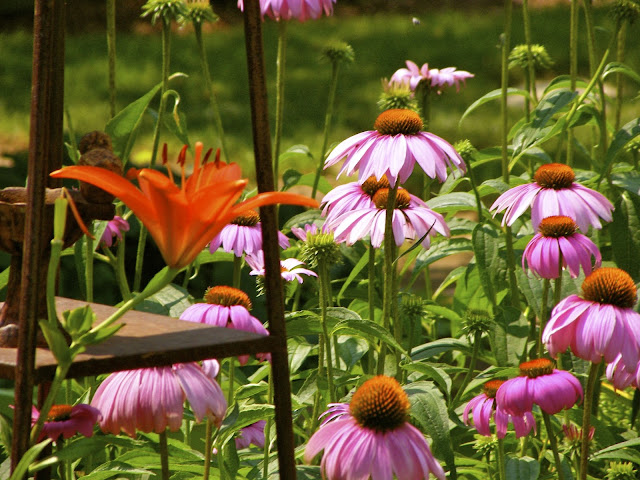 It isn't a combination I can really take credit for. I just planted both in the same general area and when the vigorous stand of coneflower and the number of lilies reached critical mass, their allure and color echoes were nothing short of magical. A gift from Mother Nature not to be denied...or overlooked. Worth nurturing for sure. But of course, season after season, I took its appearance in the perennial border for granted, not noticing that with each subsequent year the combo was losing its zeal, eventually being barely noticeable, much less incredible.

Time to rethink the formula, the space, the application of this hot color combo which is too effective not to recreate (its previous home is just not large enough any more to create the desired effect.).

My strategy is to (a) re-establish the voluminous stand of coneflower by not being so heavy handed in dead-heading its spent blooms. I plan to save a lot of seed (it will grow from seed quite easily) and then sow it in another spot in the cut flower area of the potager. 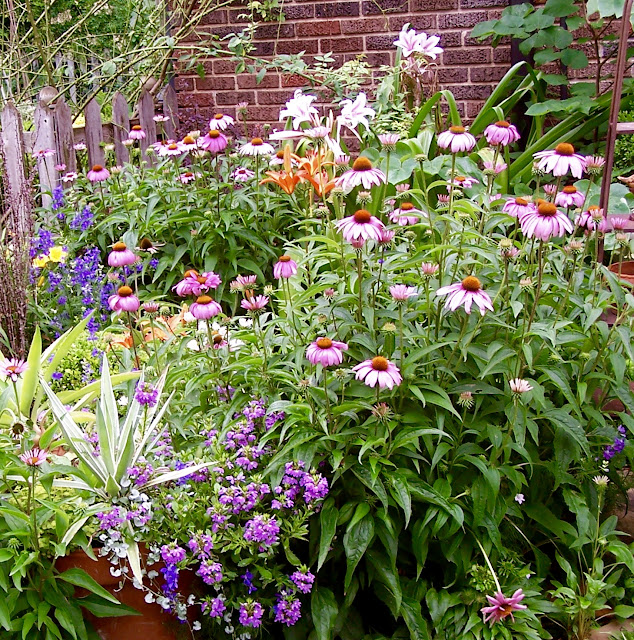 It is my experience that coneflower that matures and grows from seed (just the common purple coneflower) is far superior in beauty and performance to any that can purchased in plant form.

Once a good stand is established, it can almost be too much of a good thing....but then your garden generosity can kick in. No downside as I see it. 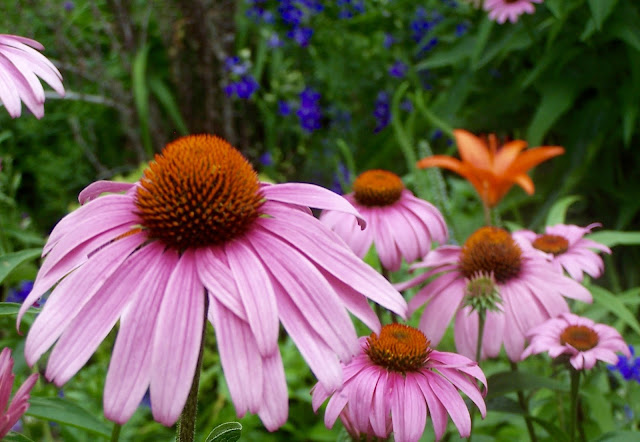 As for the 'Enchantment' lilies, I will

(b) order or buy them (or something equally orange lily intense) from Bulbs Direct(here) or The Lily Garden(here) or a retail source for fall planting...and in greater numbers with vastly improved drainage. Read my post 5 Ways to Use Gravel in the Garden (here) for some tips on this subject. Huge, deep planting hole + drainage amendments = stellar lily performance.

Now,  to note all of this on my fall planting to-do list with some of these images...

lest I forget just what a wonderful tableau it created.With or without accompanying wildlife. :) 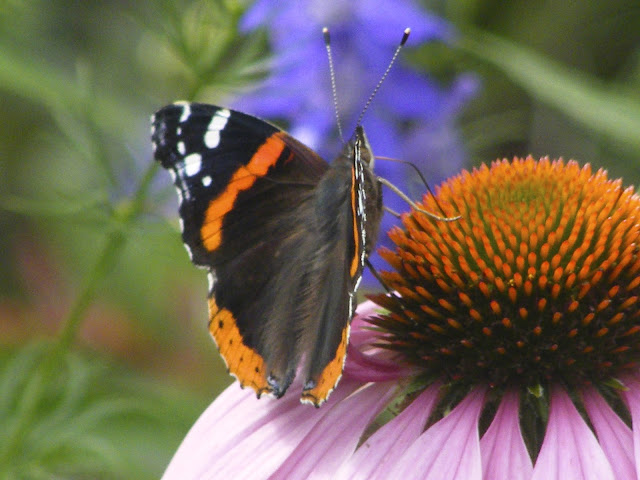 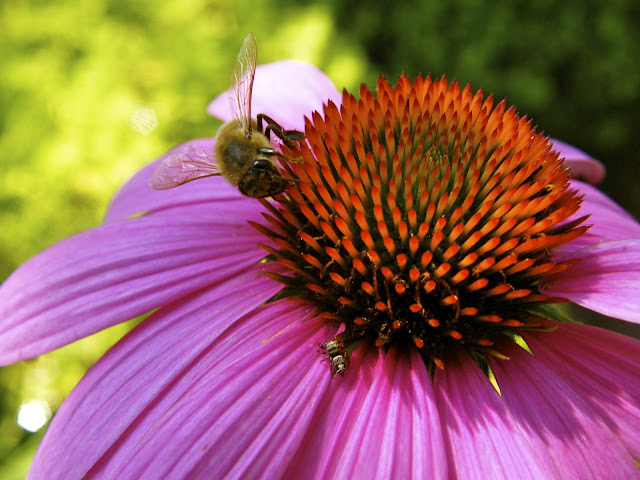