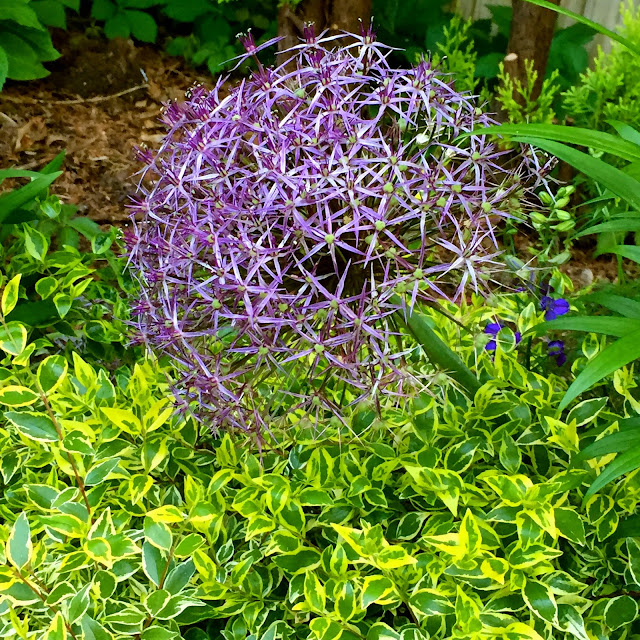 A goodly number of years ago, probably in my early twenties, I remember playing a pop psychology 'game' that claimed to give its players insight into their personalities and life priorities. We were told to consider four shapes - a square, a triangle, a 'doodle', and a circle... 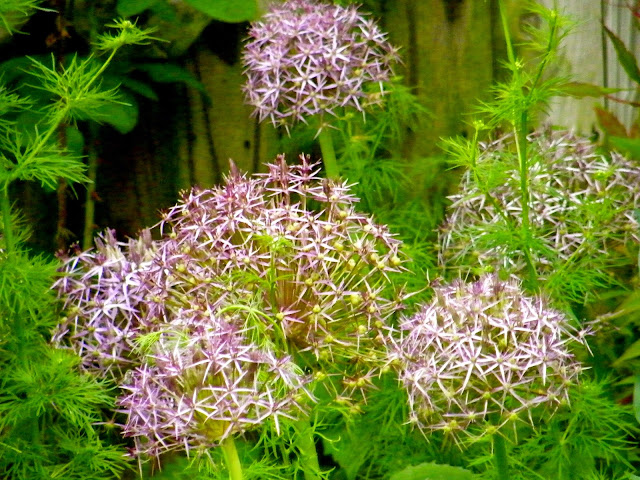 Clouds of metallic spheres of stars

and then put them in order according to preference, starting with the form or shape one liked best and then second best, etc. Only after doing so, were the character traits associated with the shapes disclosed. (It's fun; do this now if you like, before reading further.) 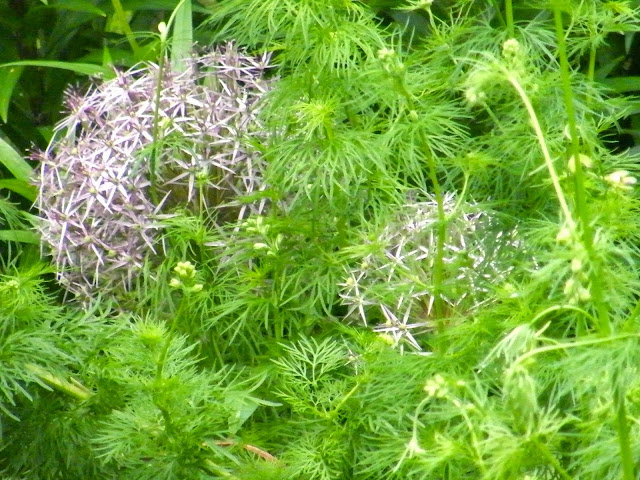 Evokes images of Epcot, doesn't it?

In looking back, the personality 'clues' that were revealed by examining the preferences for one shape over another, (especially now after years of Dr. Phil and Oprah), seem obvious and elementary; but at the time, I found them intriguing and astonishingly accurate....at least in my case. 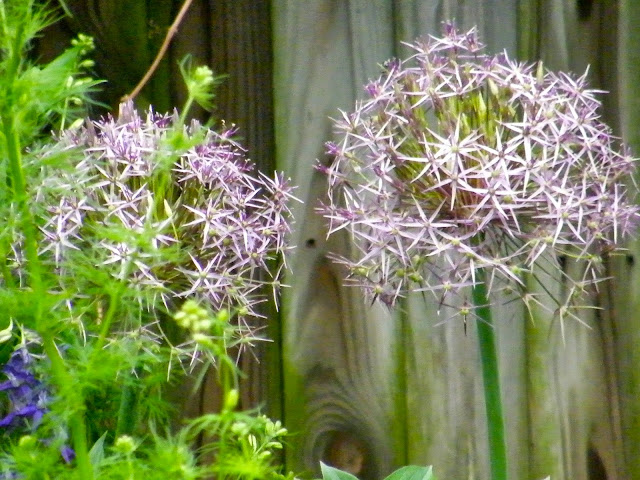 Give them EXCELLENT drainage if you want them to return next year. A shovelful of gravel in a huge hole gets them off to a good start.

Back then, I fell decidedly into the TRIANGLE category as my first choice. Symbolizing ambition, forward-thinking, goal orientation.....well, as I was fresh out of college and about to embark on a career...my selection was probably not surprising. 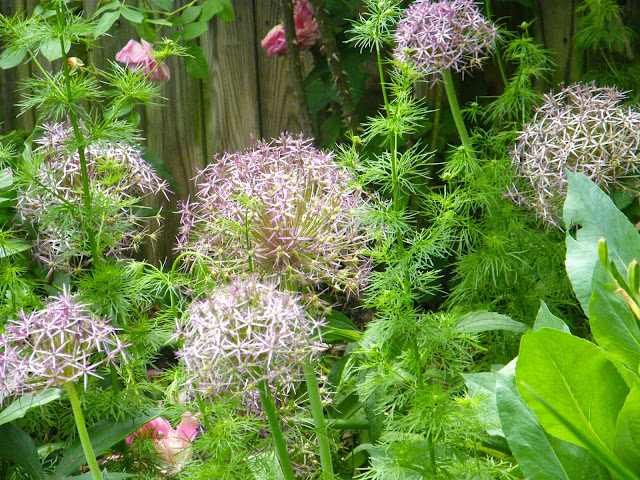 Give them plenty of sun. They look especially striking paired with vertical plantings...

Had I chosen a DOODLE, creativity and outside-the-box thinking would have been my primary motivator and concern. A CIRCLE: relationships, harmony, love and family.  Finally, a SQUARE, with a focus on security, a strong life foundation and reliability. 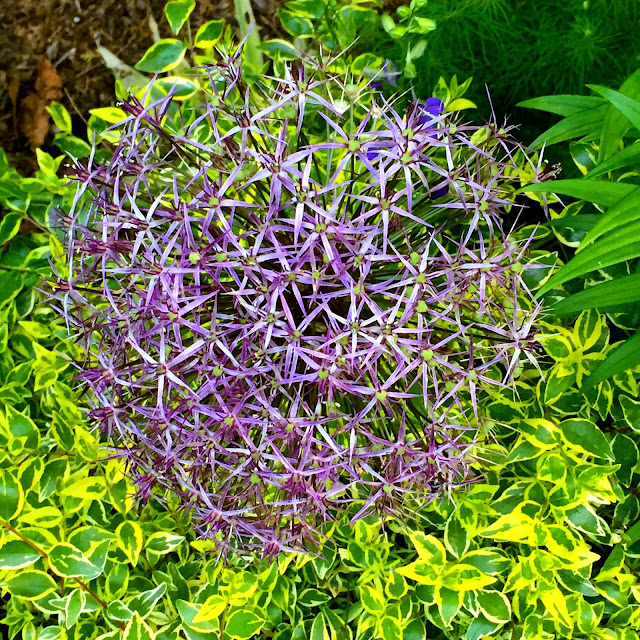 or golden foliage.  They bloom with the roses; so intriguing.

As I have aged and matured, I have thought of this exercise often. As my life orientation and emphasis changed, so did the hierarchy of my shape preferences. I started my garden and family simultaneously. As the years progressed, so did my affection for the circular, spherical form. 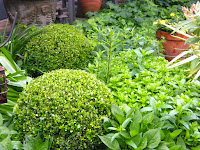 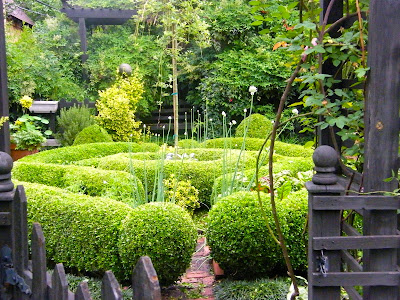 It began to appear over and over in my garden; its appearance reinforcing my attachment to its shape and contribution to my garden...my life. 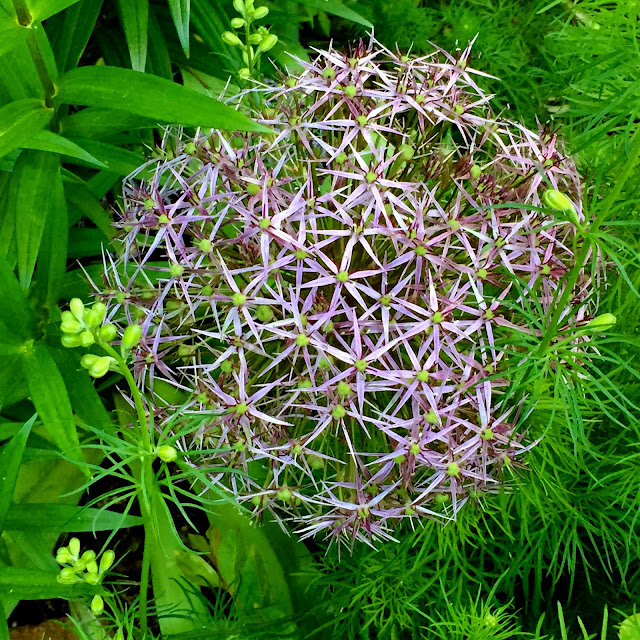 But as we all know, neither a garden, nor a life, is static. I still love my round silhouettes, but as I get older, I am increasingly drawn to the square form and the symmetry it communicates. A shape and profile less difficult to maintain, but strong and grounding and reliably attractive. Something to count on and lean on and depend on. Sturdy dependability.  Qualities to nurture and appreciate... 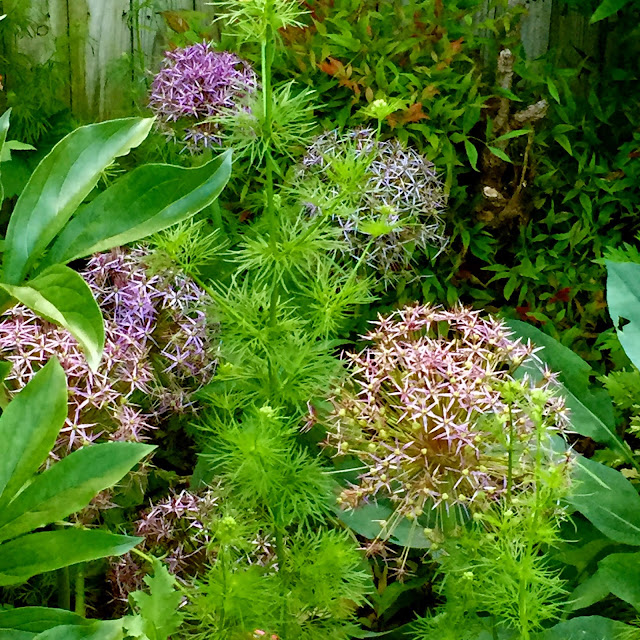 Allow foliage to turn brown and die back before cutting. Leave flower heads to dry or cut them and bring some of the drama indoors.

Qualities important in an evolving garden... 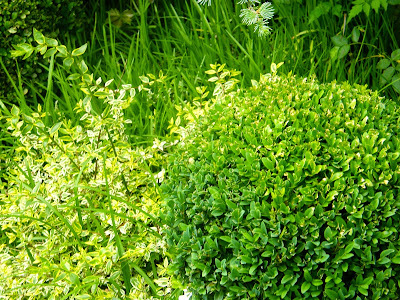