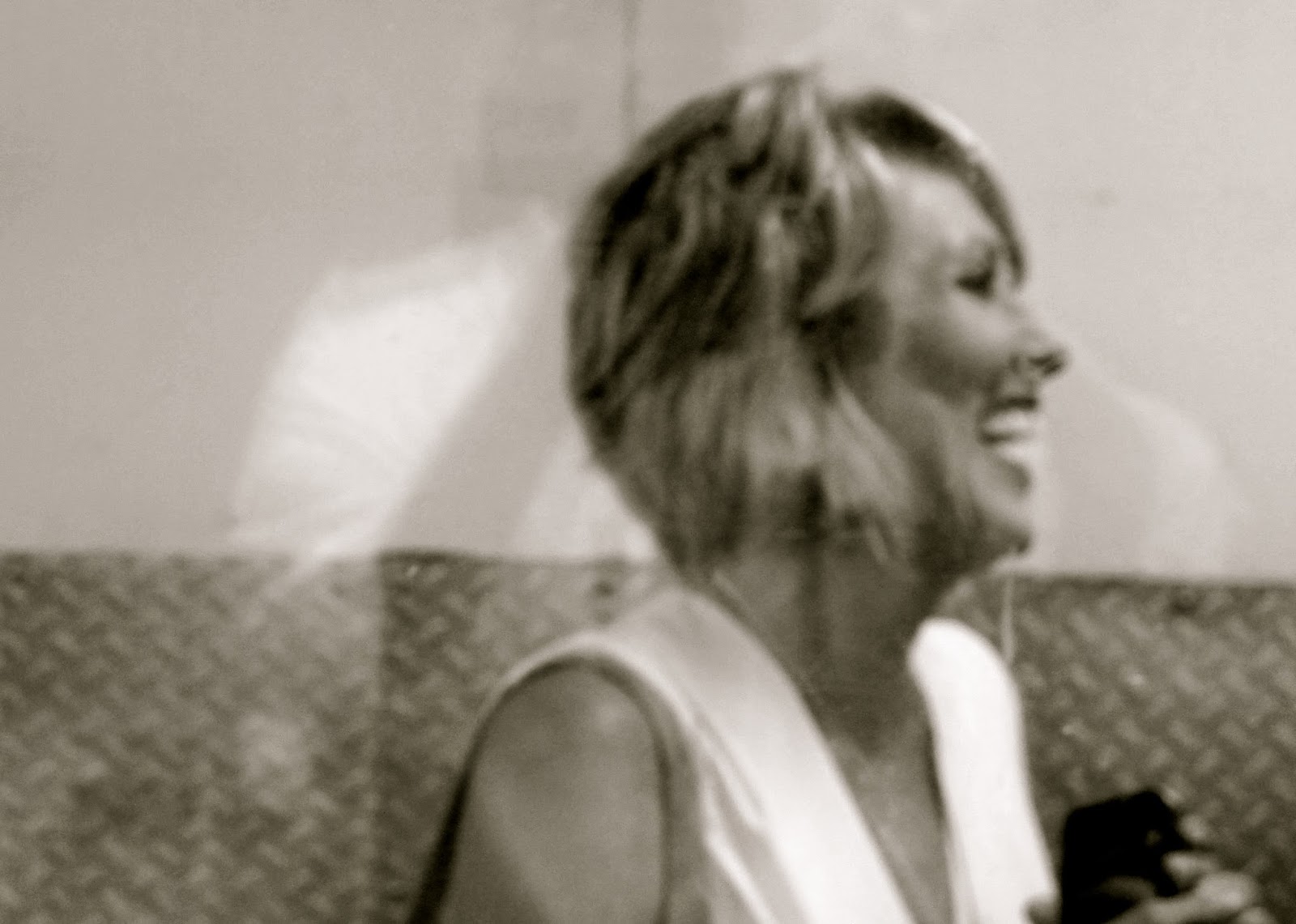 Sometimes adults too need to engage in their own game of Make Believe.  I am currently trying to make believe that late summer, i.e. August, in Oklahoma IS FUN!  Like the magazines and Pinterest pages, cooking shows and blogs (like this one...) would have us believe. Full of warm laughter and the Hamptons and ice cream cones and alfresco dining and tomato tarts. All served up on a red and white checked tablecloth of course, with the scent of BBQ ribs filling the air.

Truth be told, I loathe late summer...a character flaw I am not ashamed to admit. For reasons both personal and horticultural I would gladly remove late July, the entirety of August, and the first weeks of September from the calendar. (with all due respect to anyone born during this time...).

So I will comfort and content myself, I guess, with envisioning how the new bed extension in the front will look in the future...when late summer and its scourge is in the rear view mirror.  Some details are already in place: 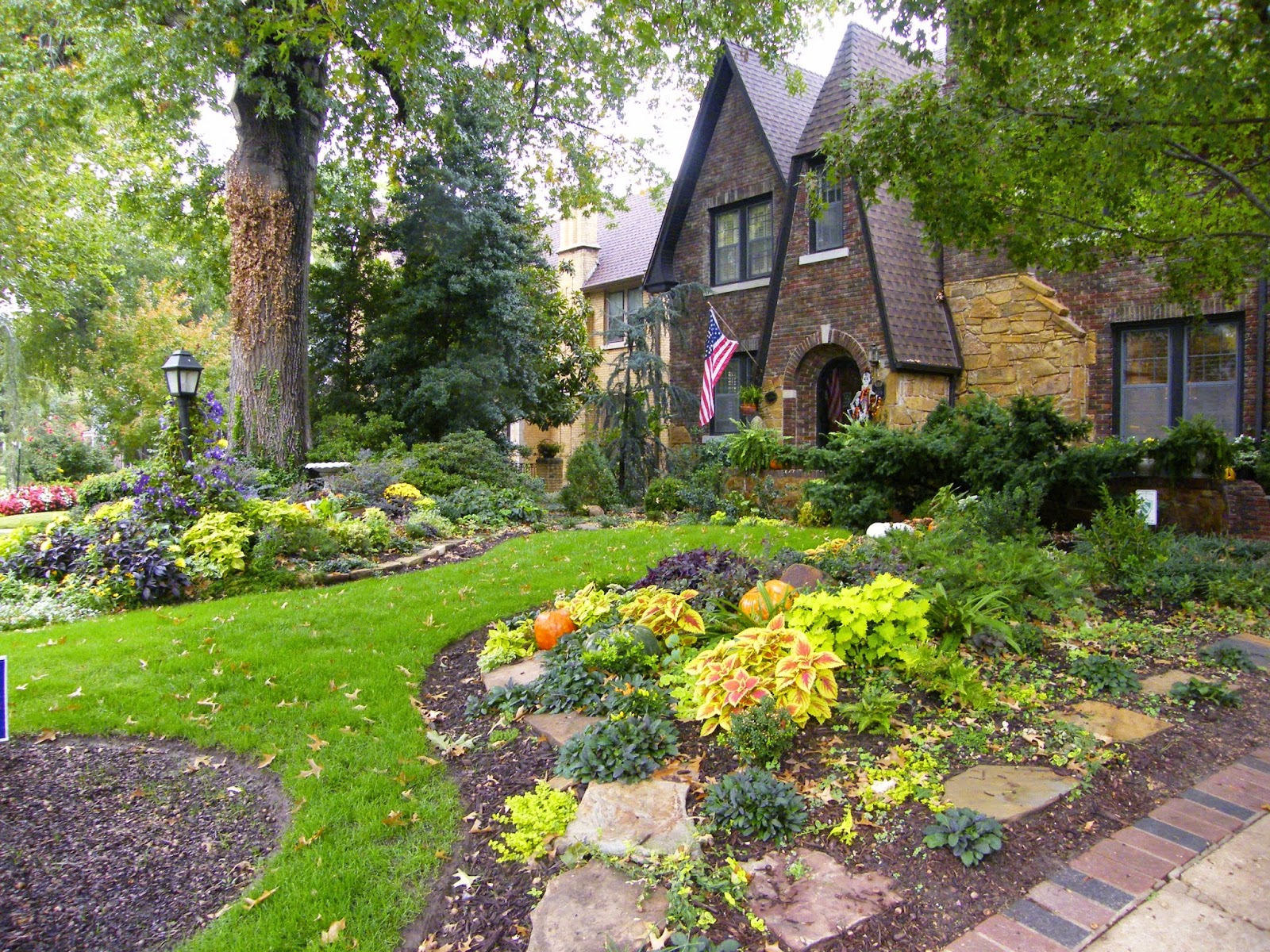 Some years ago I installed a brick run down the length of my very narrow driveway...for practical and pretty purposes. Until recently it stopped at the street curb, just before turning the front corner. 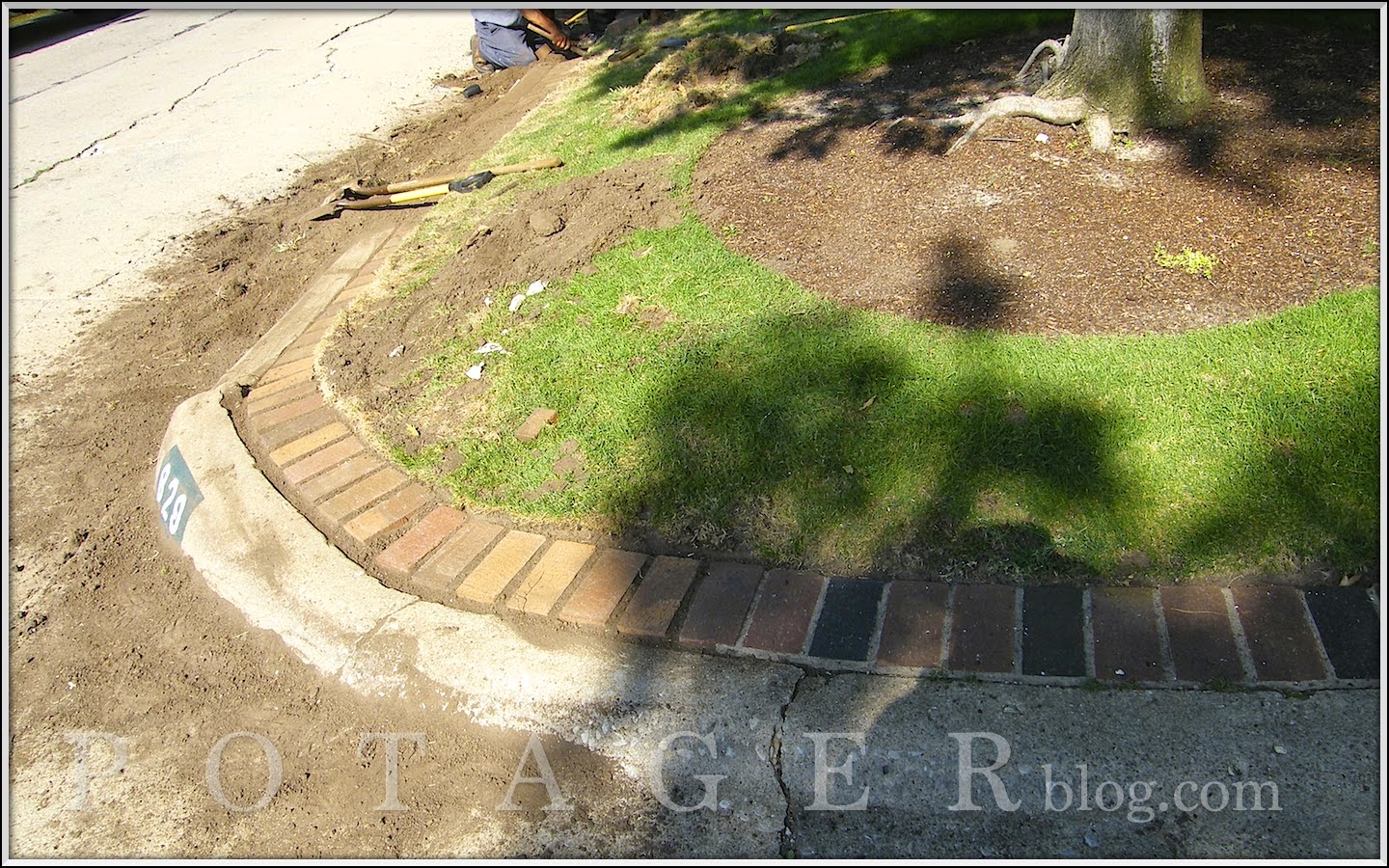 Now it rounds the corner and continues in a straight line bordering the curb of the street...where it again turns, in a curve mirroring that by the drive. This turn then becomes the 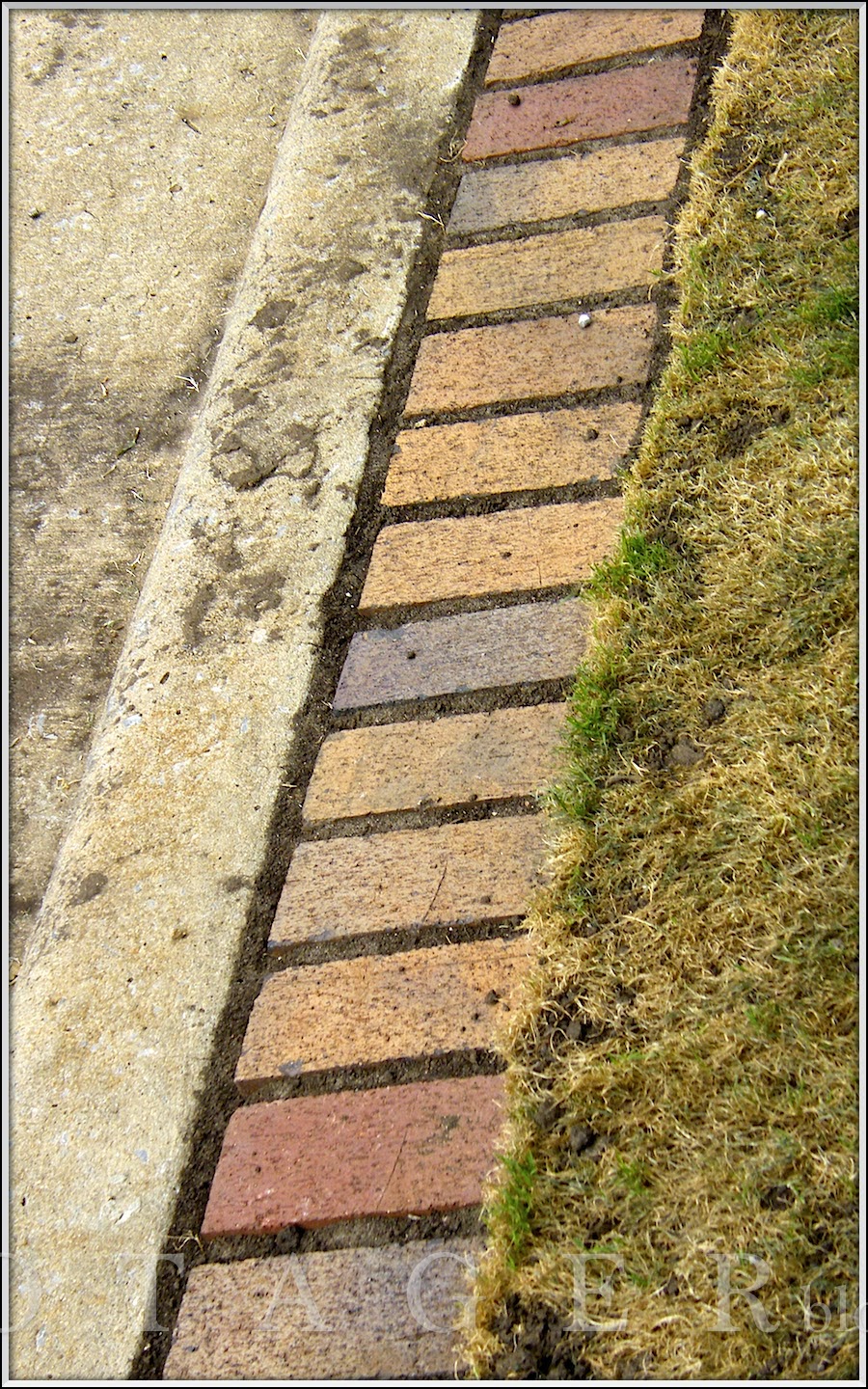 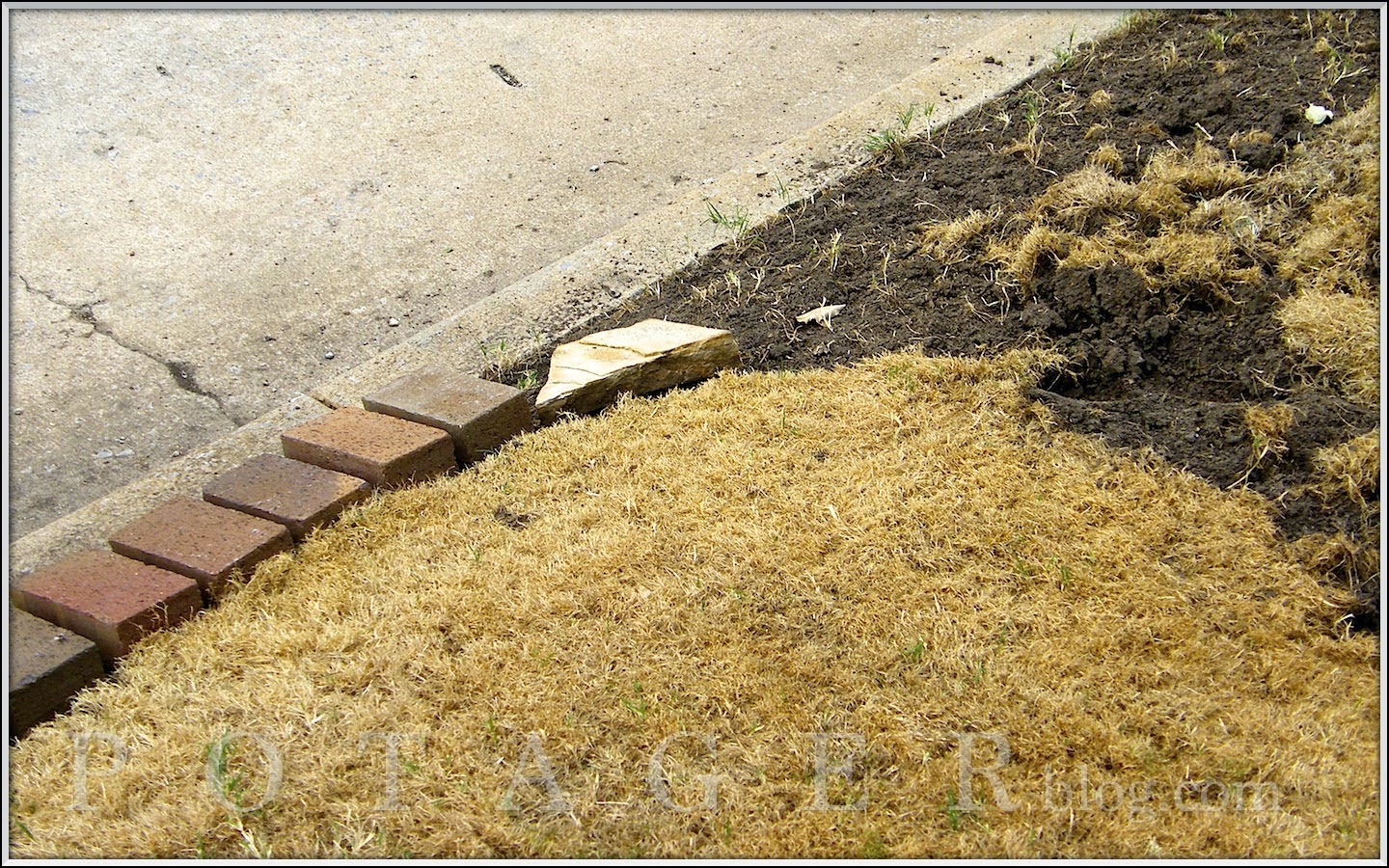 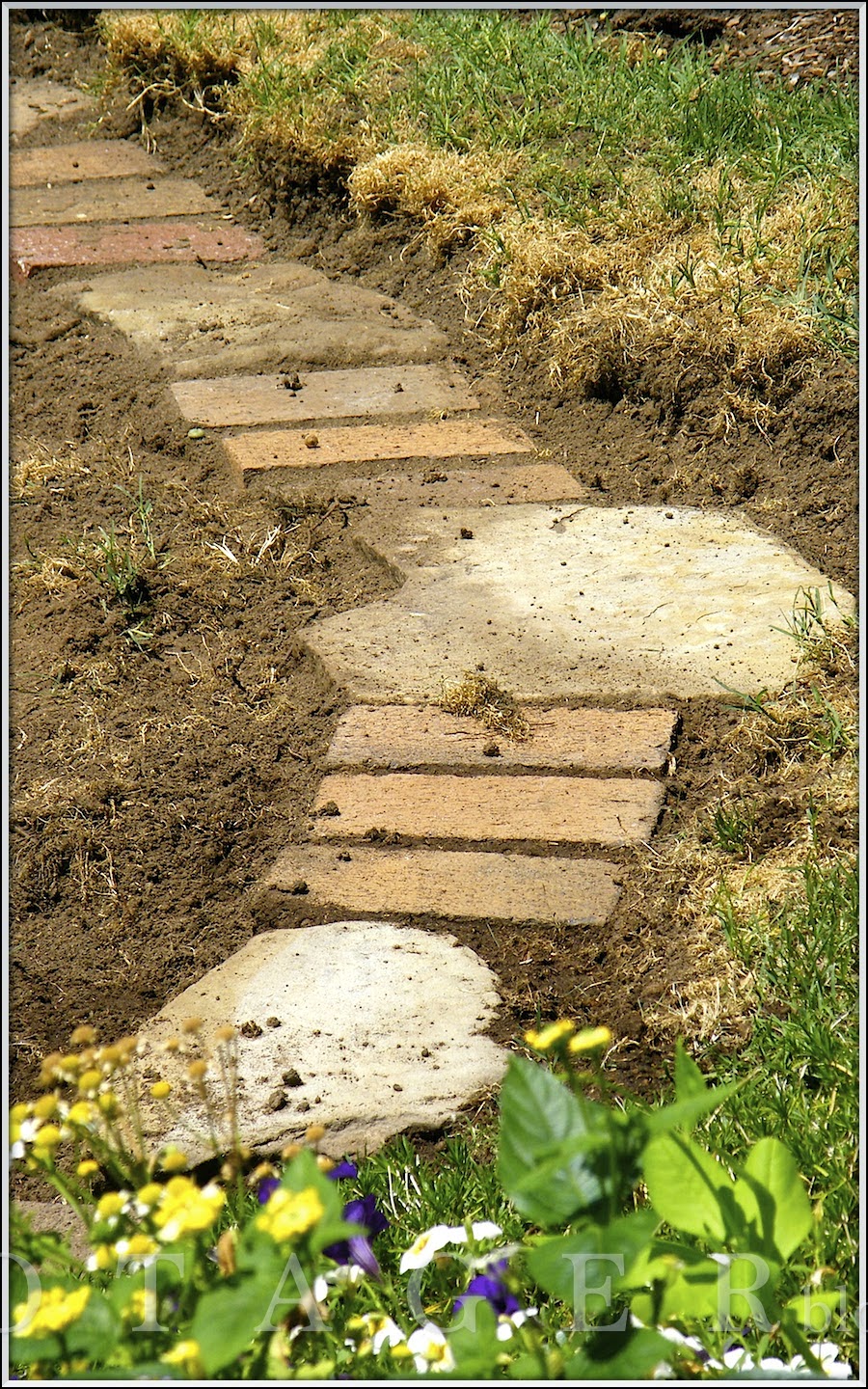 the new brick and stone border of the new
bed line.... 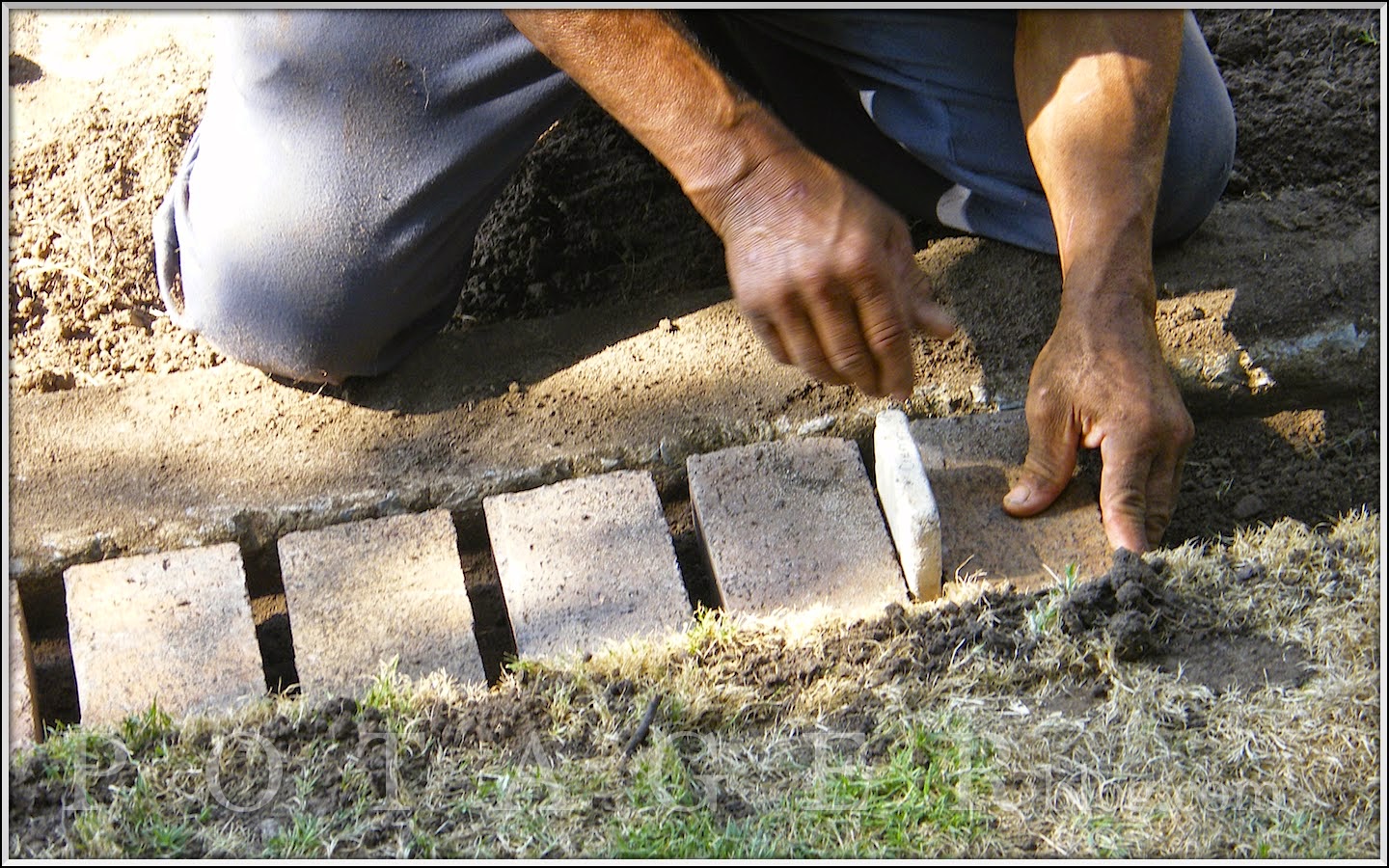 which extends the sweep of the existing garden border... 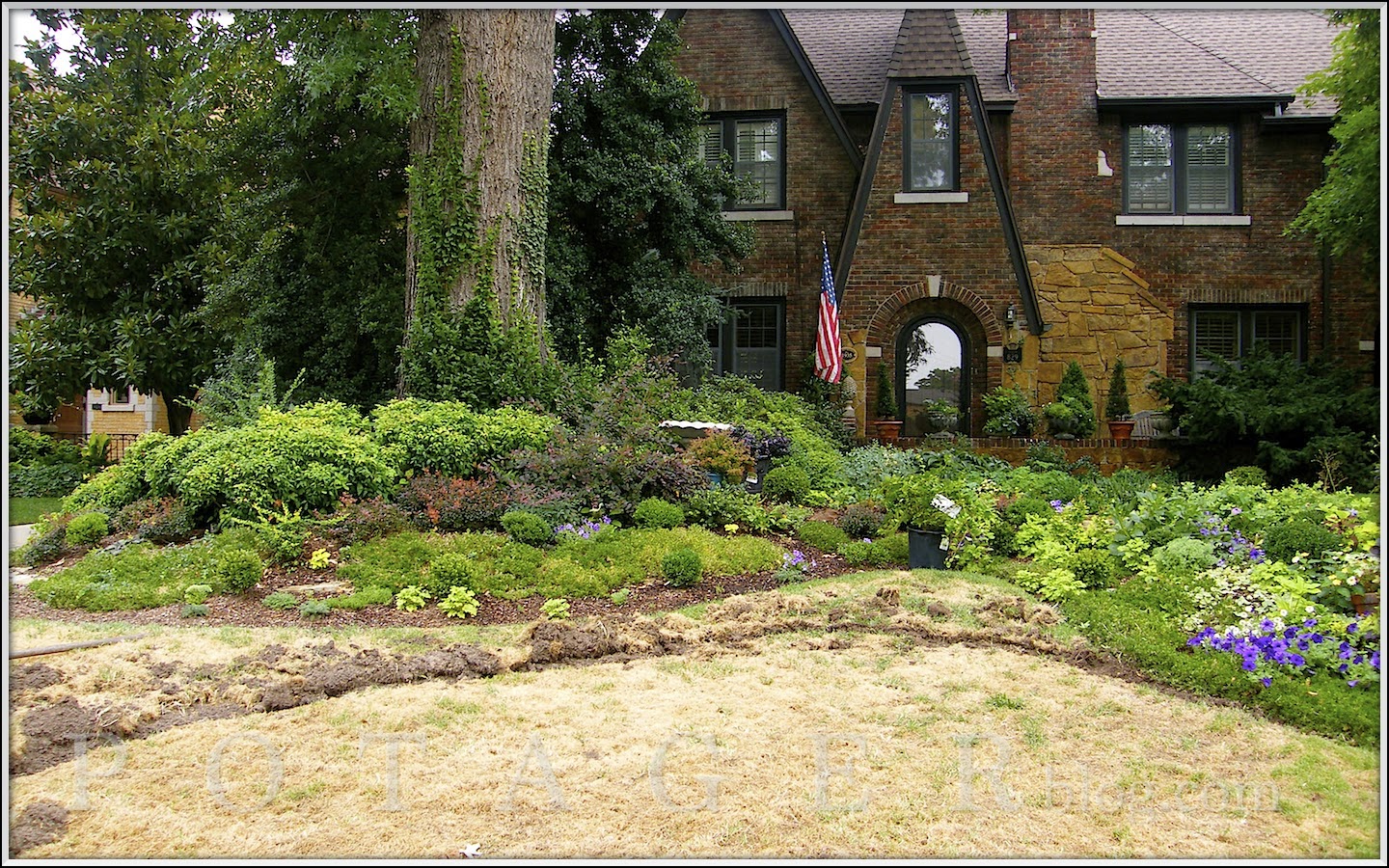 thusly. (Did that make one iota of sense?) 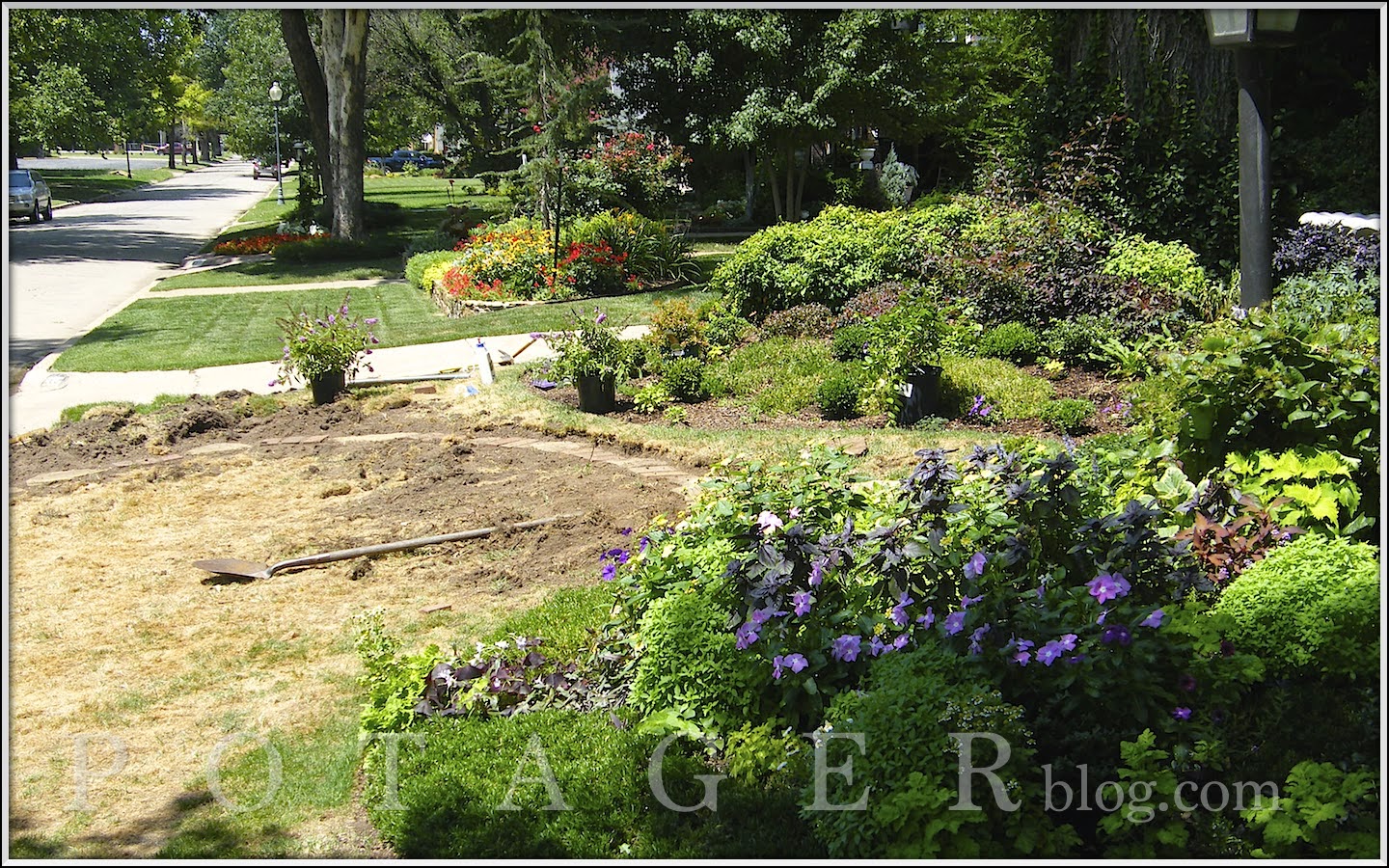 I believe I have reason to be optimistic that it will turn out beautifully when it is all said and done. Just over a year ago, I did the same along my driveway...transforming the image on the left (in a matter of weeks) into the image on the right. 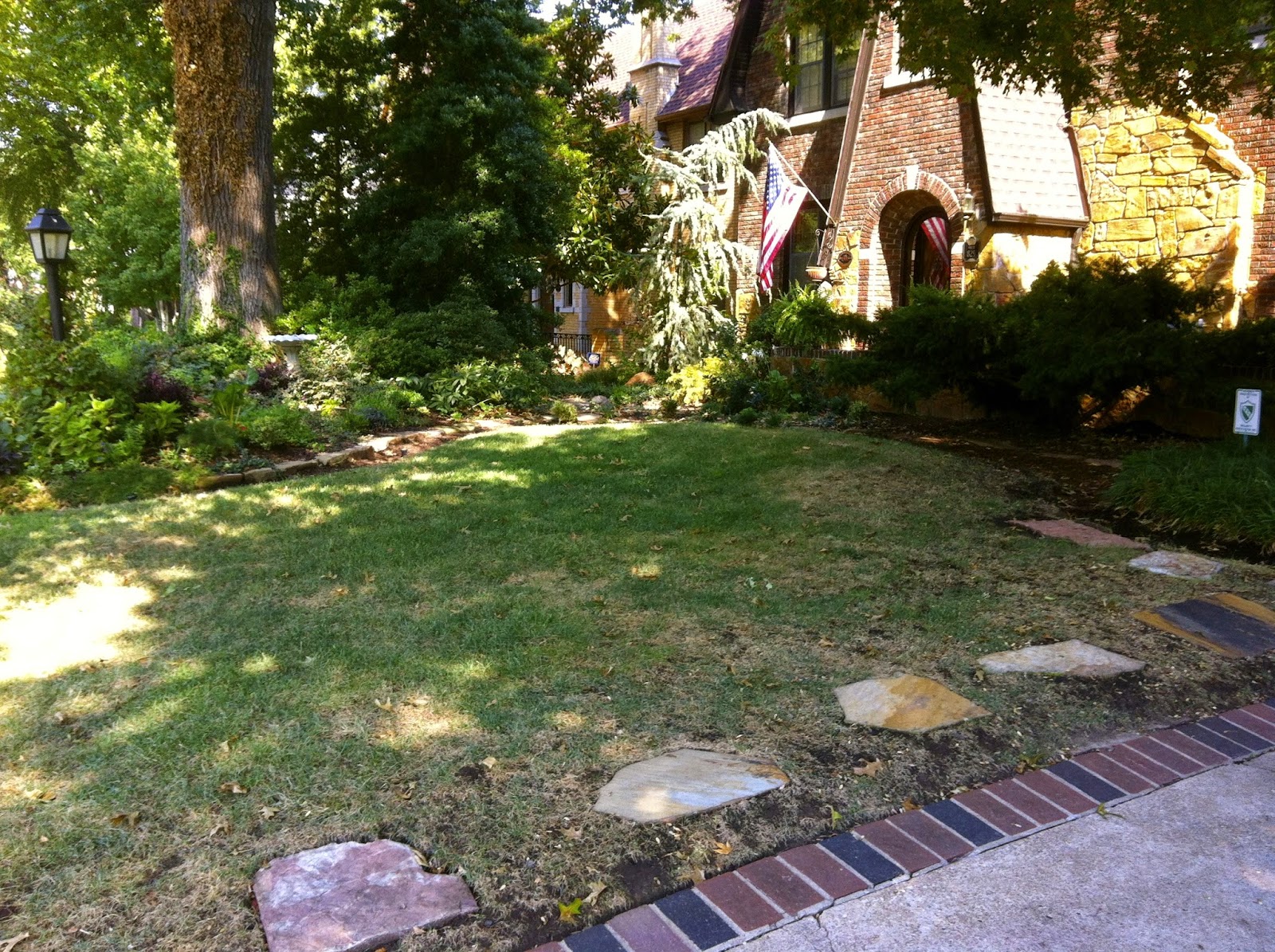 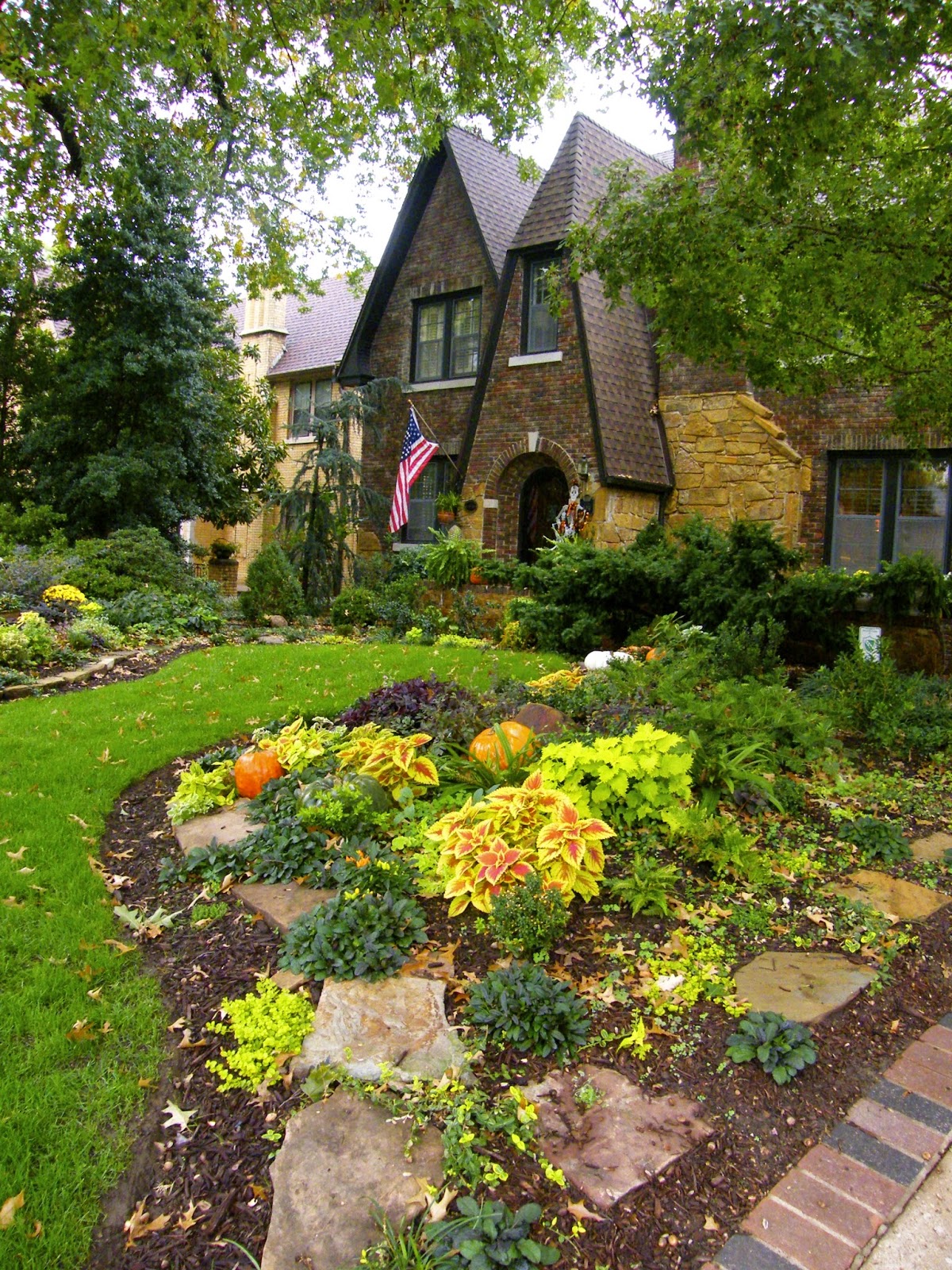 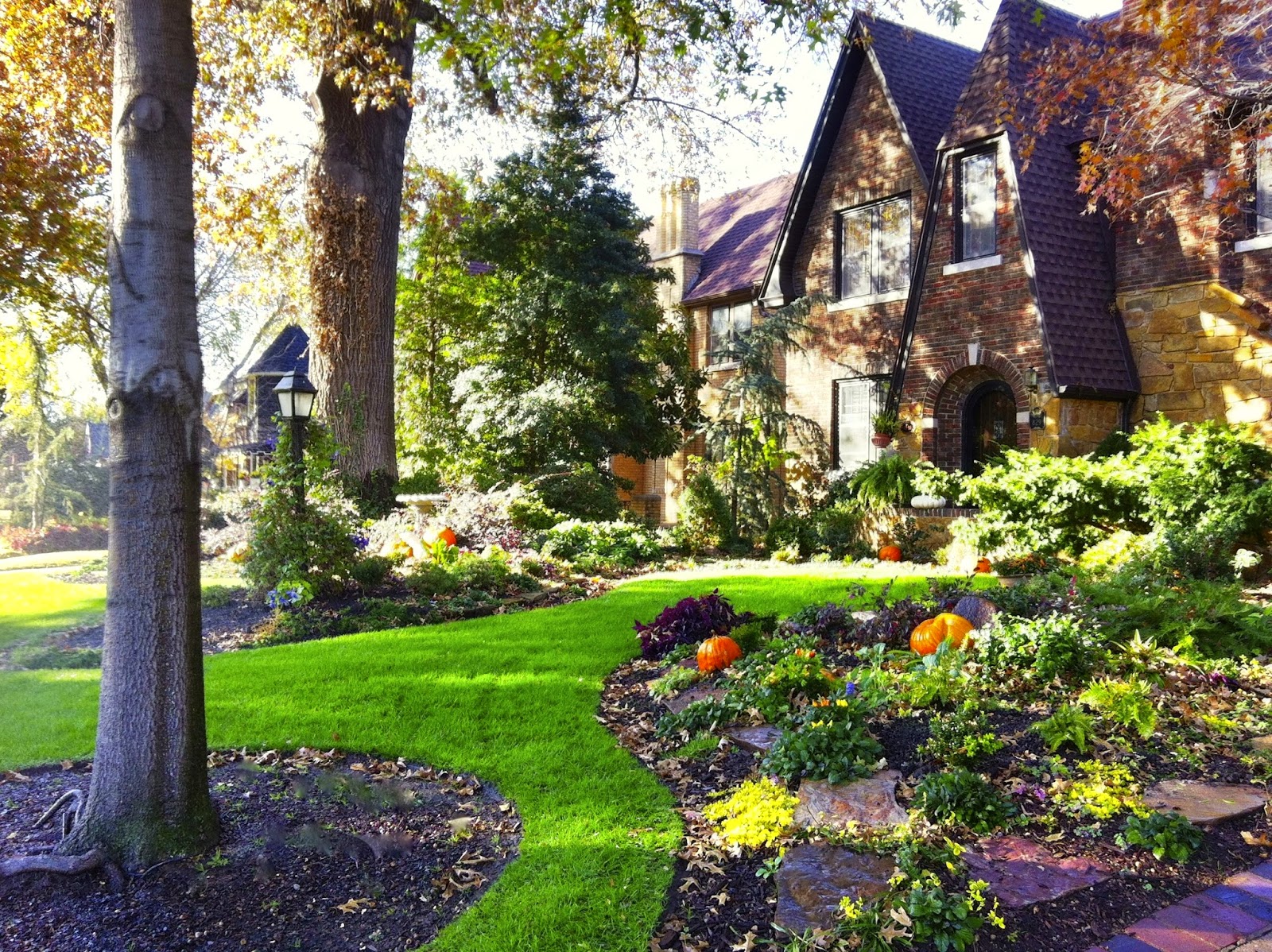 ...and ultimately creating an effect with which I was most pleased. So I feel justified in being hopeful that my changes will prove to be handsome indeed. 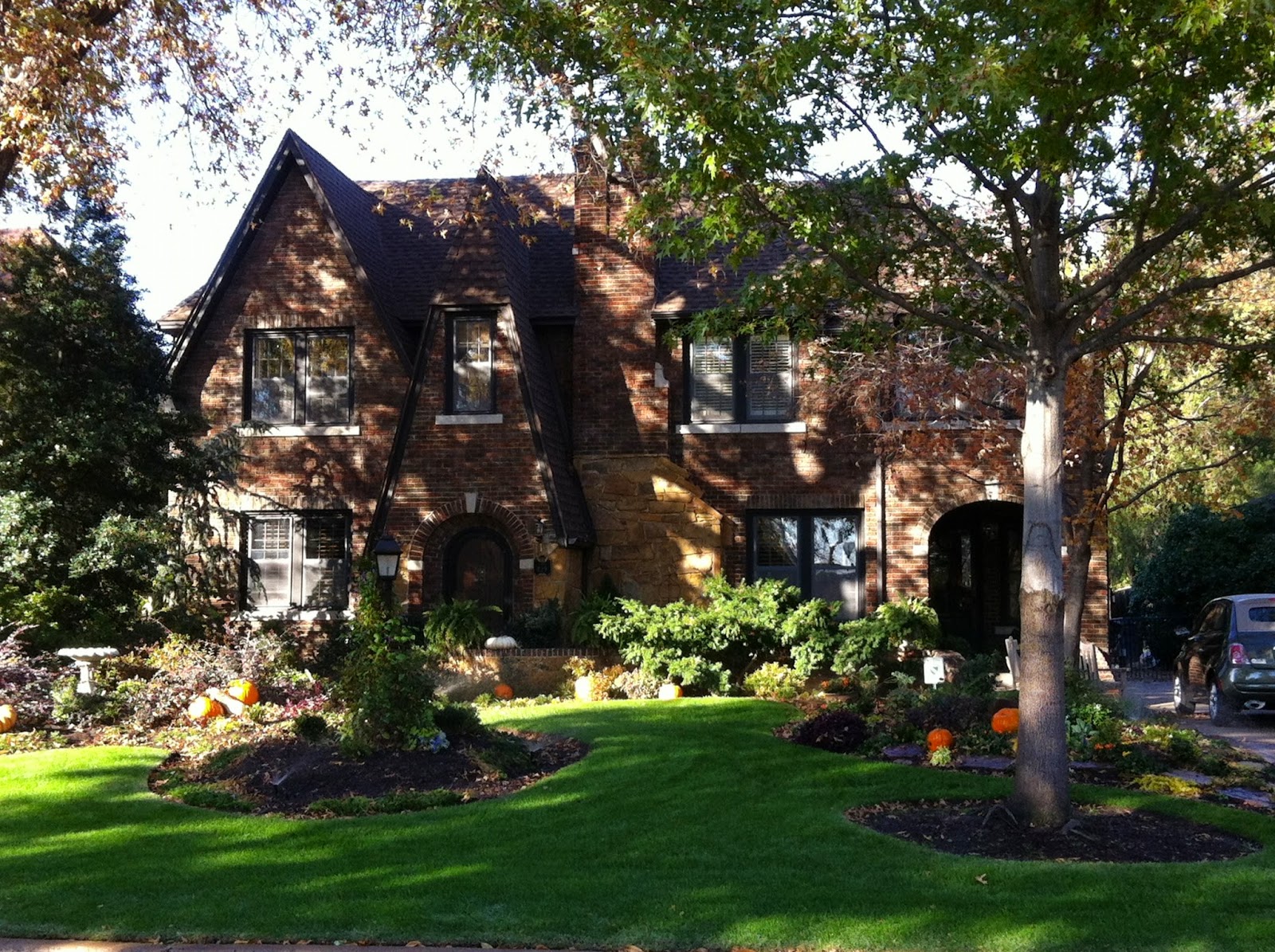 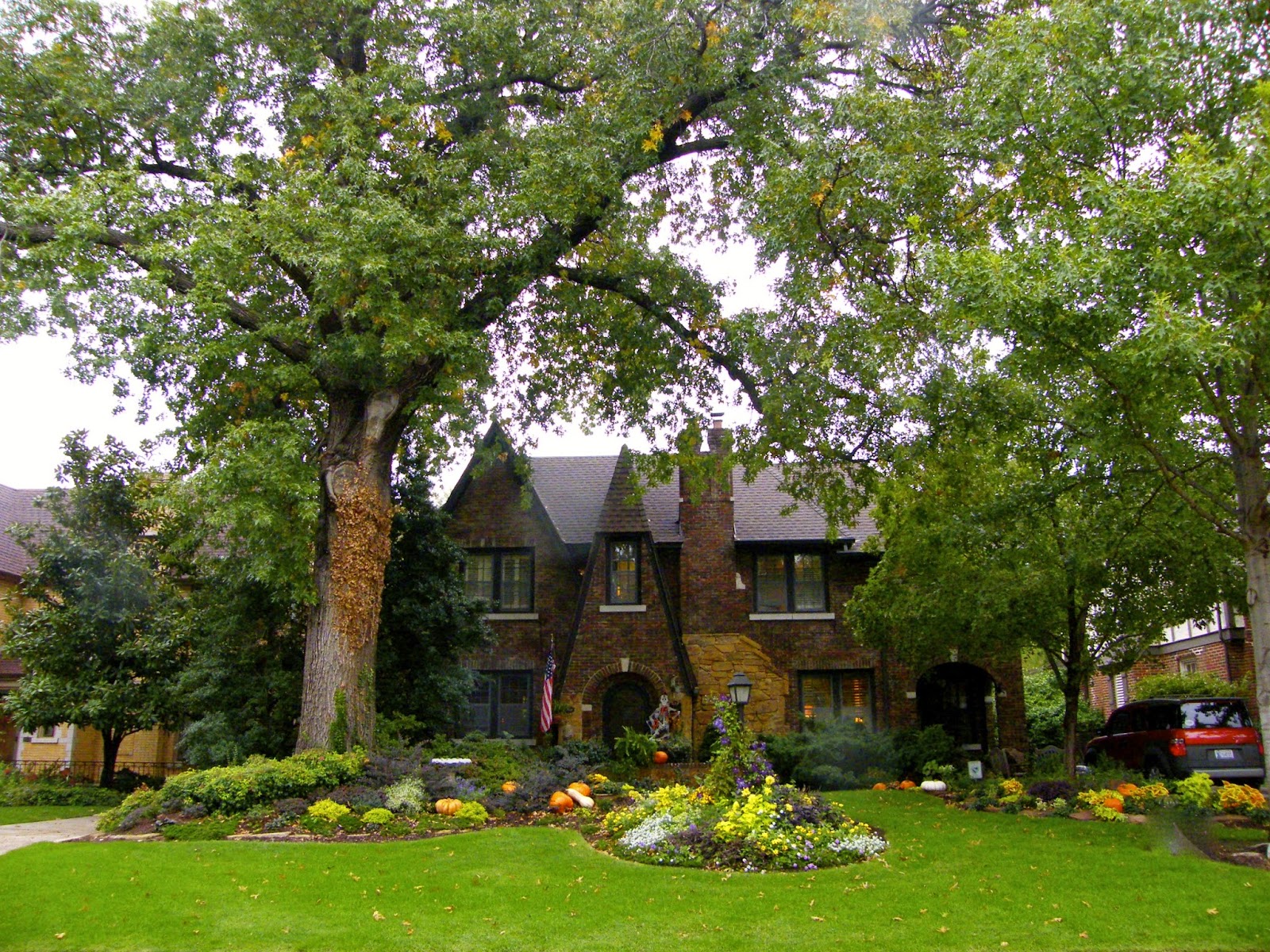 We'll be cooking up something delicious with all of those jalopenos from the garden.