I like plants that tell a story. I also like plants that HAVE a story, but in my mind they are two very different things. My sleeping-capped leeks recite their story to me every time I pass them by. I first encountered leeks with their joyful round heads in Rosemary Verey's potager at her Barnsley House garden. (Take a little tour below...)

It took me a while to invite them into my garden, but invite them I did and last year they had their coming out party. (Did you know that in France, the leek is known as 'poireau'...a derogatory term meaning "simpleton"?  Its floral casing DOES resemble a dunce cap after all.) 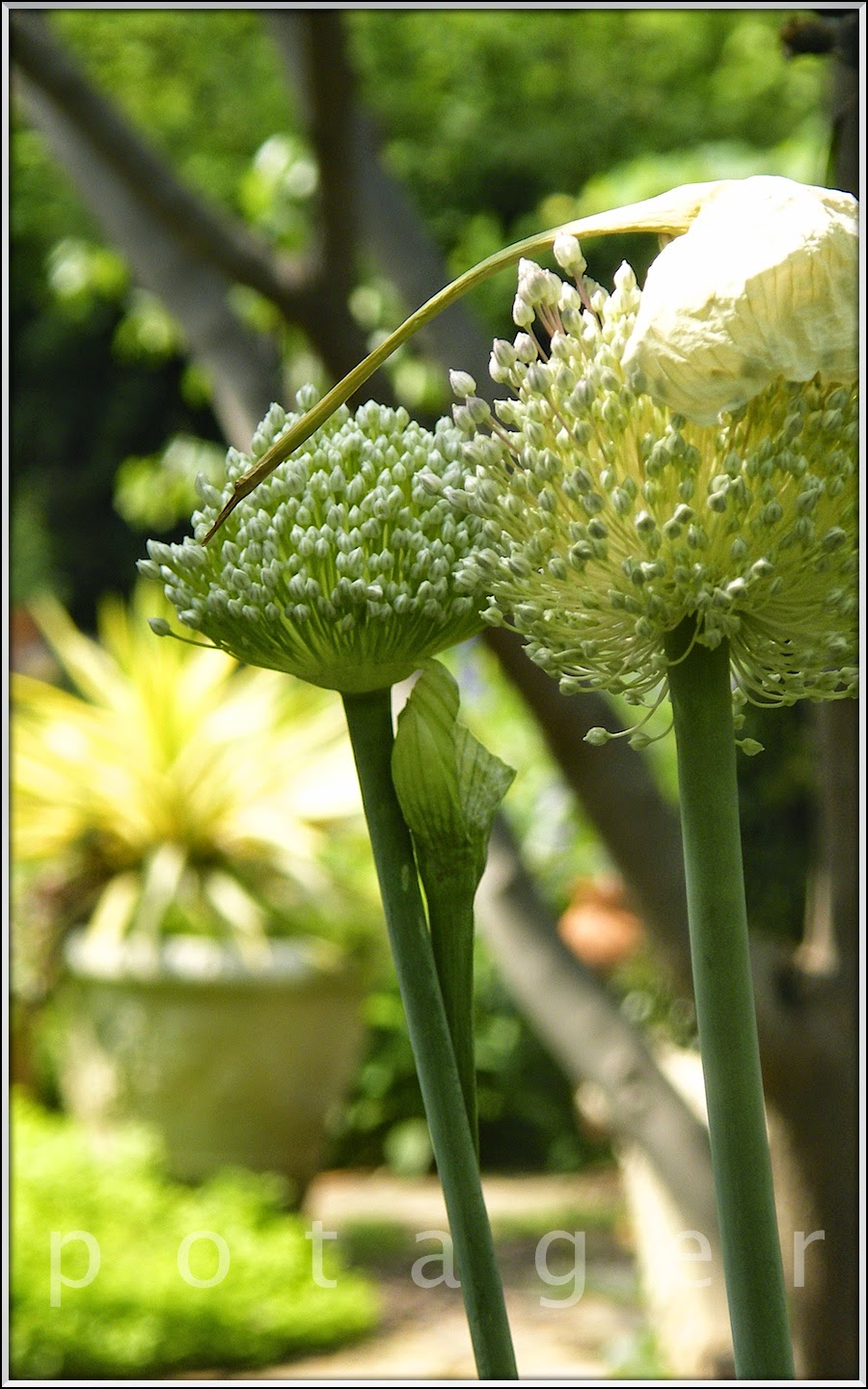 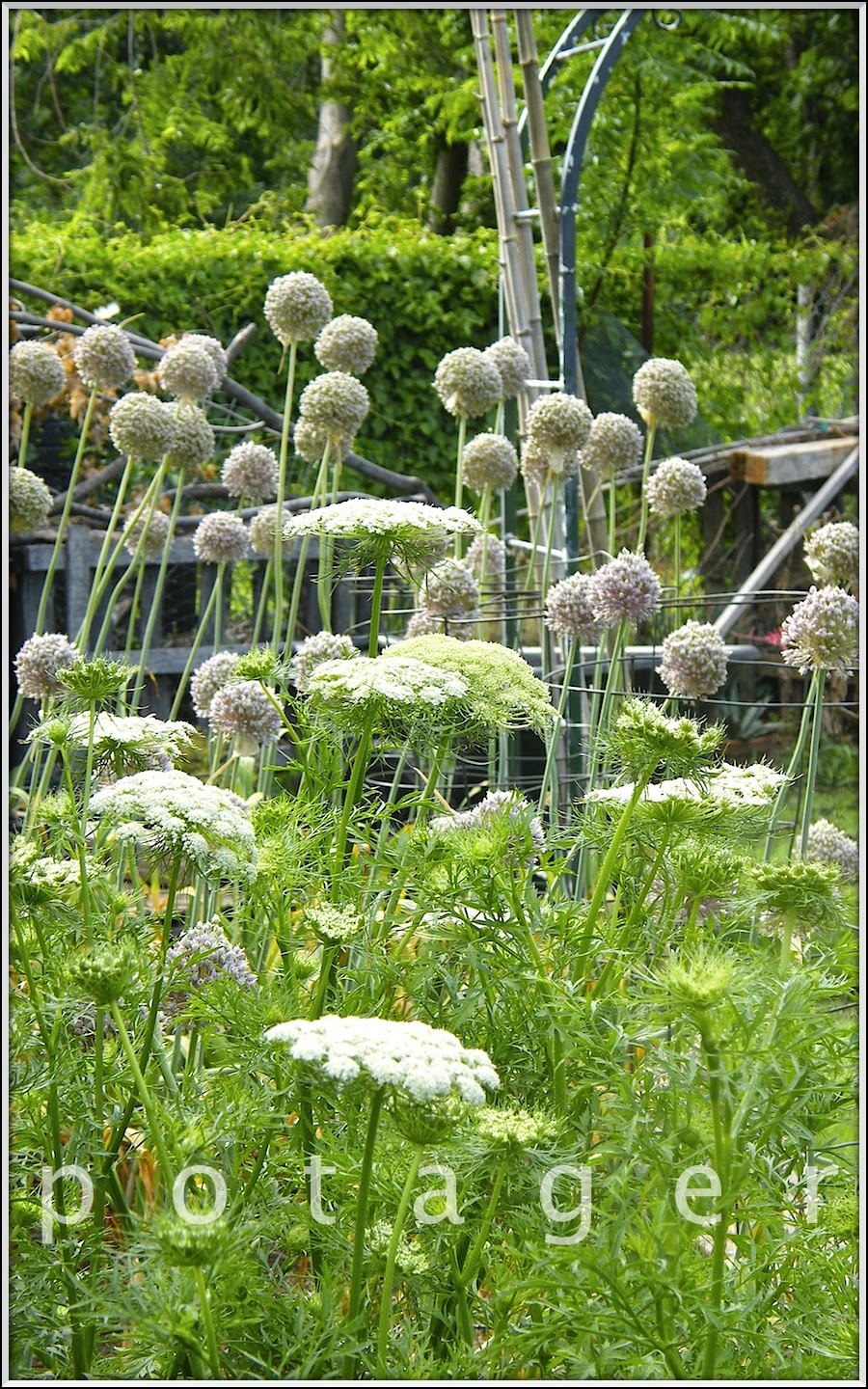 or in others' gardens... 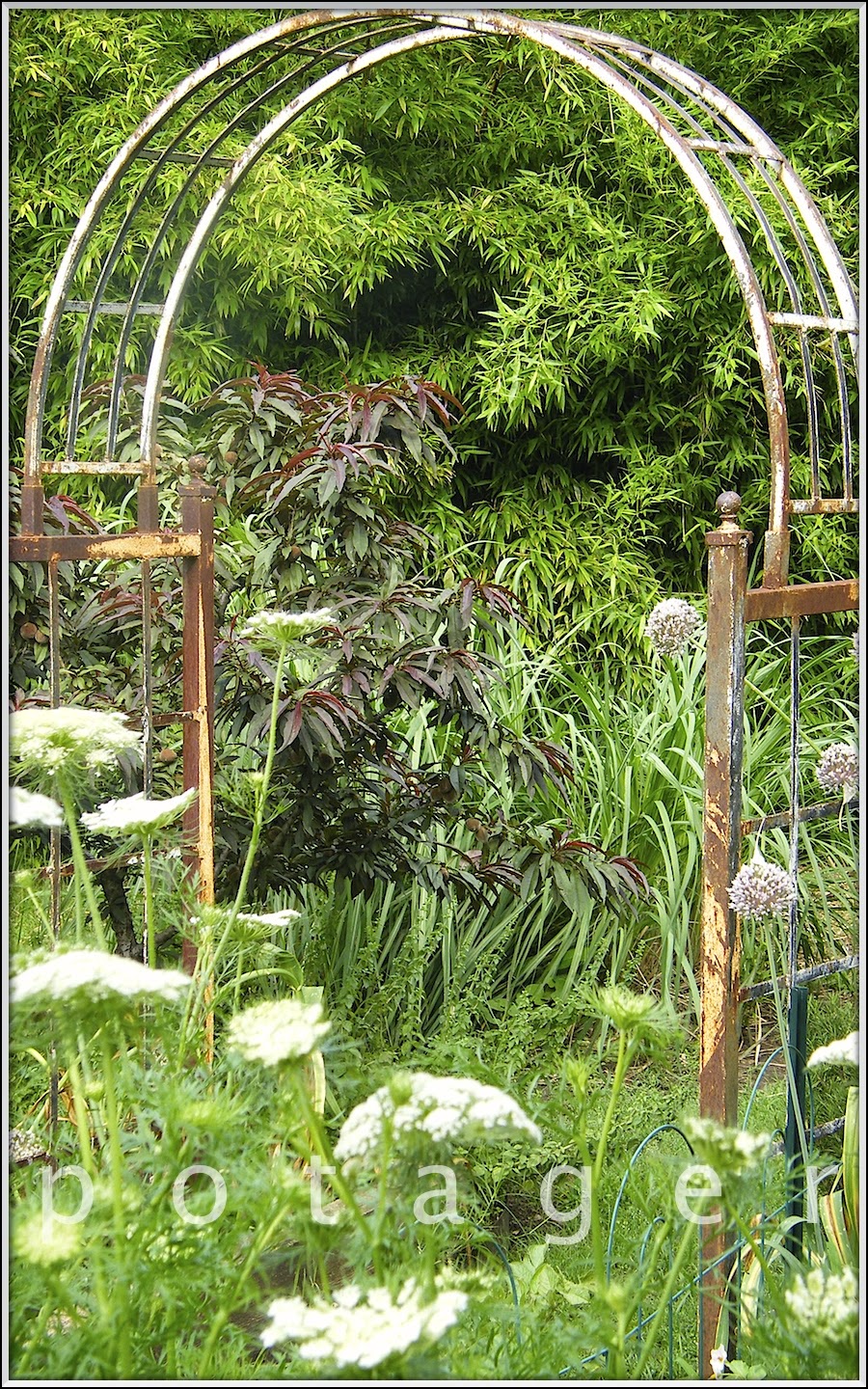 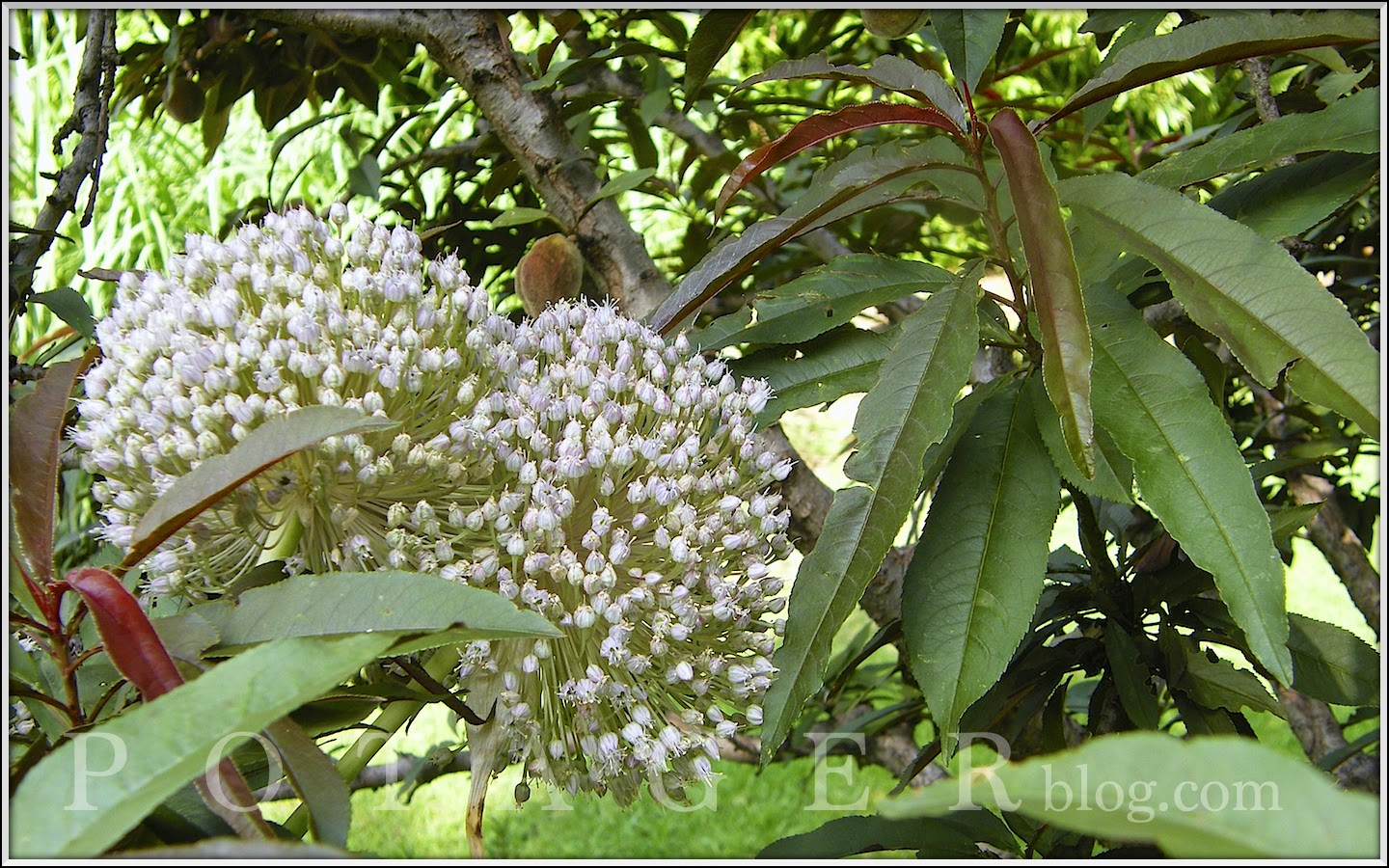 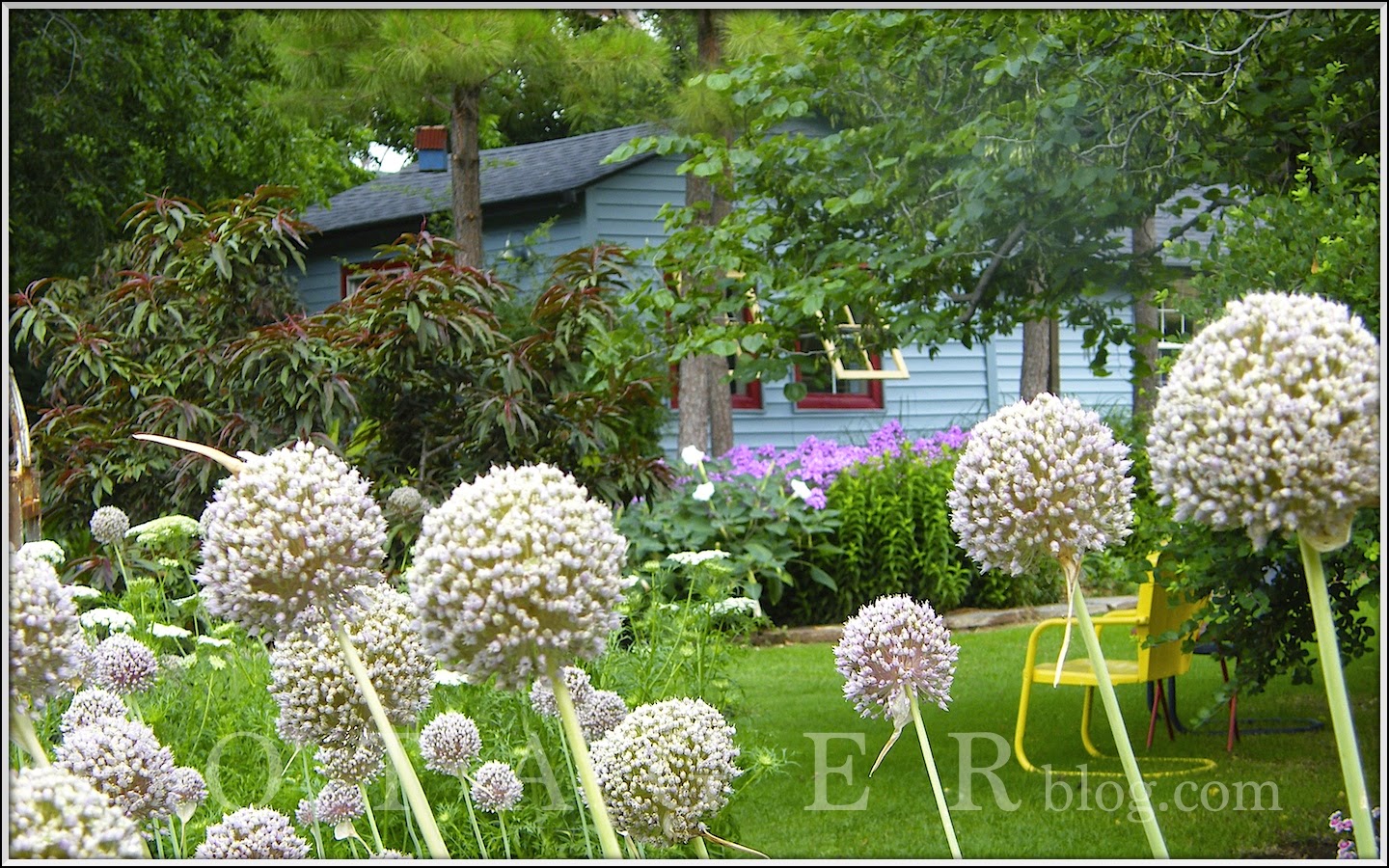 are passages (stick with me here...) 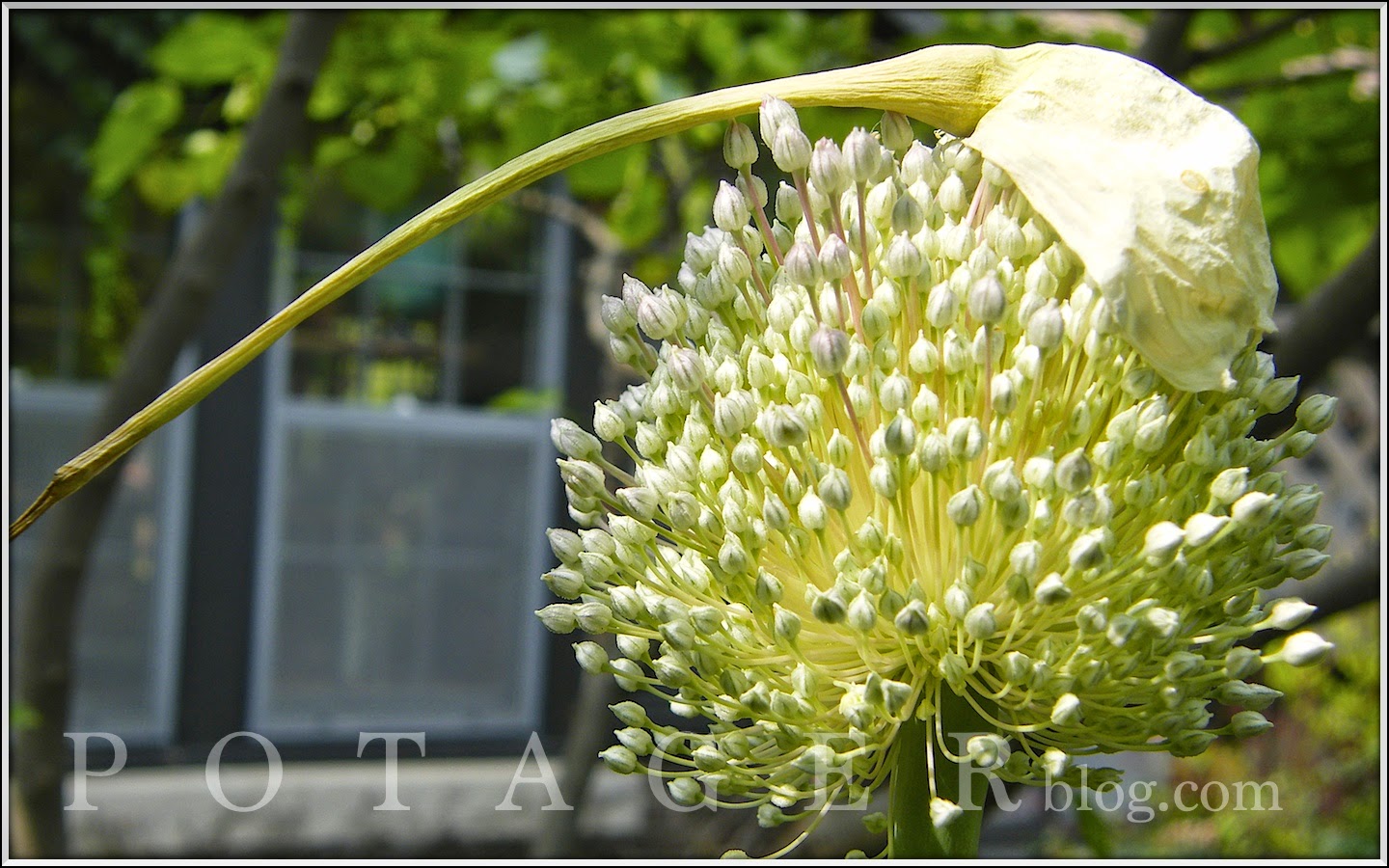 from "The Night Before Christmas"....particularly the line

because the leek does SO closely resemble the profile of the Victorian father...(nightcap perched so jauntily on his head)...in the illustrated version of this Christmas classic I would read to my boys each year. 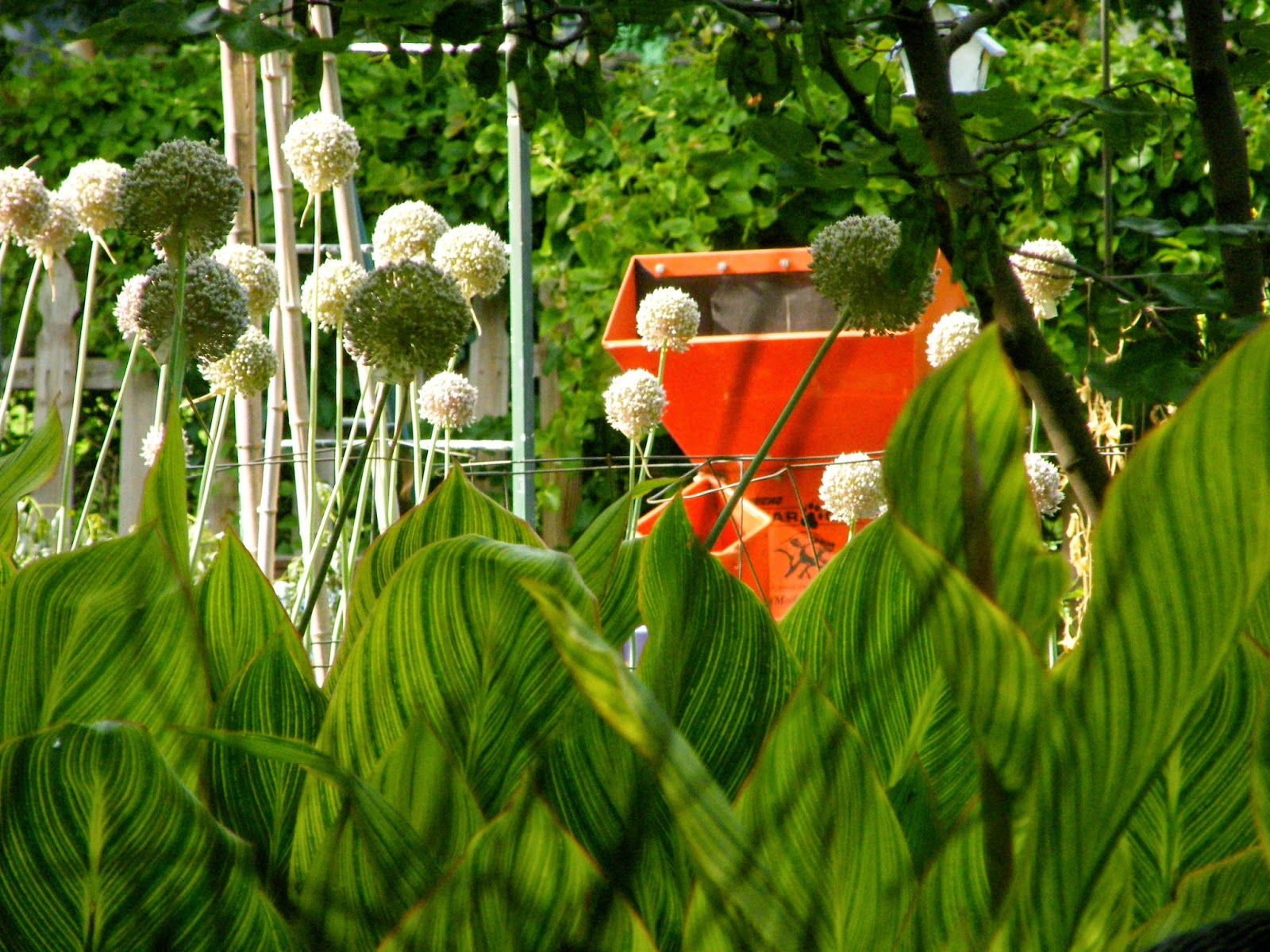 If you too would like to grow leeks, and form strange and wonderful associations of your own.. then follow the growing and care tips from BONNIE PLANTS here.  Fa la la some Leeks, won't you?