I was trying to think of a way to frame this post...as in "gardening itself is a marathon...for the truly dedicated".....or..." spring is more like a sprint; summer is the true marathon, requiring physical and mental toughness...".

But that would be inappropriate. Nothing should be so casually compared... to the heroic constitution it takes to run and remember the victims of  the Oklahoma City Memorial Marathon: 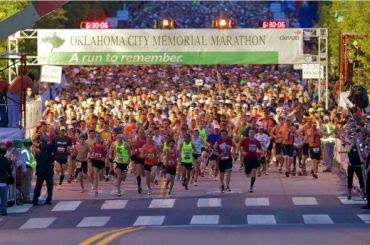 The Run to Remember!
"Voted one of the 12 ‘must-run’ marathons in the world by Runner’s World magazine, the 26.2 miles of the Oklahoma City Memorial Marathon are packed with cheering supporters and the most beautiful neighborhoods in Oklahoma City.
Compete against some of the top runners in the region, and join more than 25,000 participants on the starting line running to remember the 168 people who were killed in the Alfred P. Murrah Federal Building bombing in 1995. This race serves as a testimony that good can overcome evil.
The Oklahoma City Memorial Marathon is a Boston qualifying USATF sanctioned race, but it is also a fundraising event to support the Oklahoma City National Memorial and  Museum. The Memorial’s future depends on our runners’ fundraising efforts. Today, Oklahoma City stands as a symbol of hope and resilience. Recovery after the bombing was a marathon in its own right, and our runners and donors are the driving force in making sure this story is told forever." 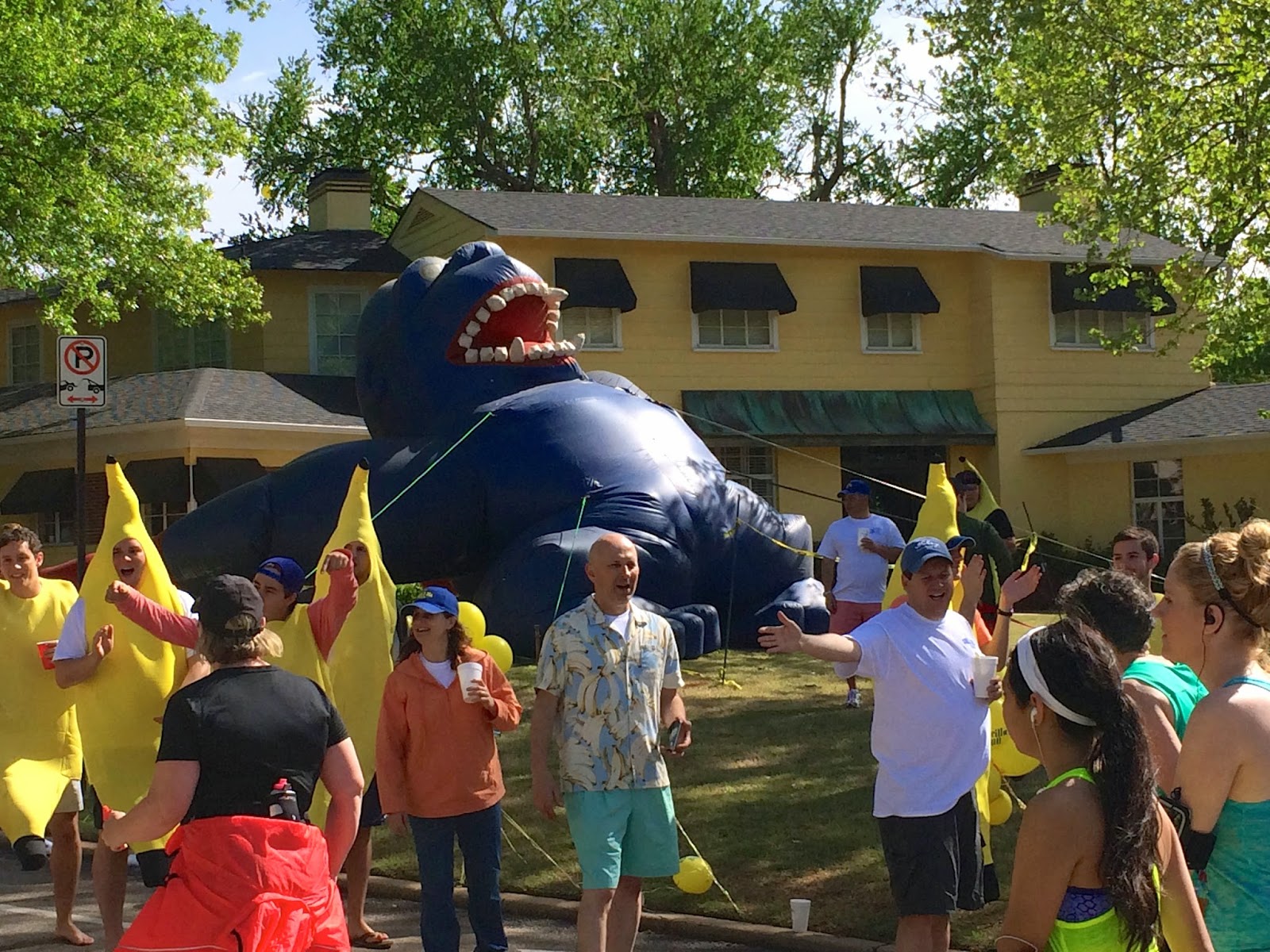 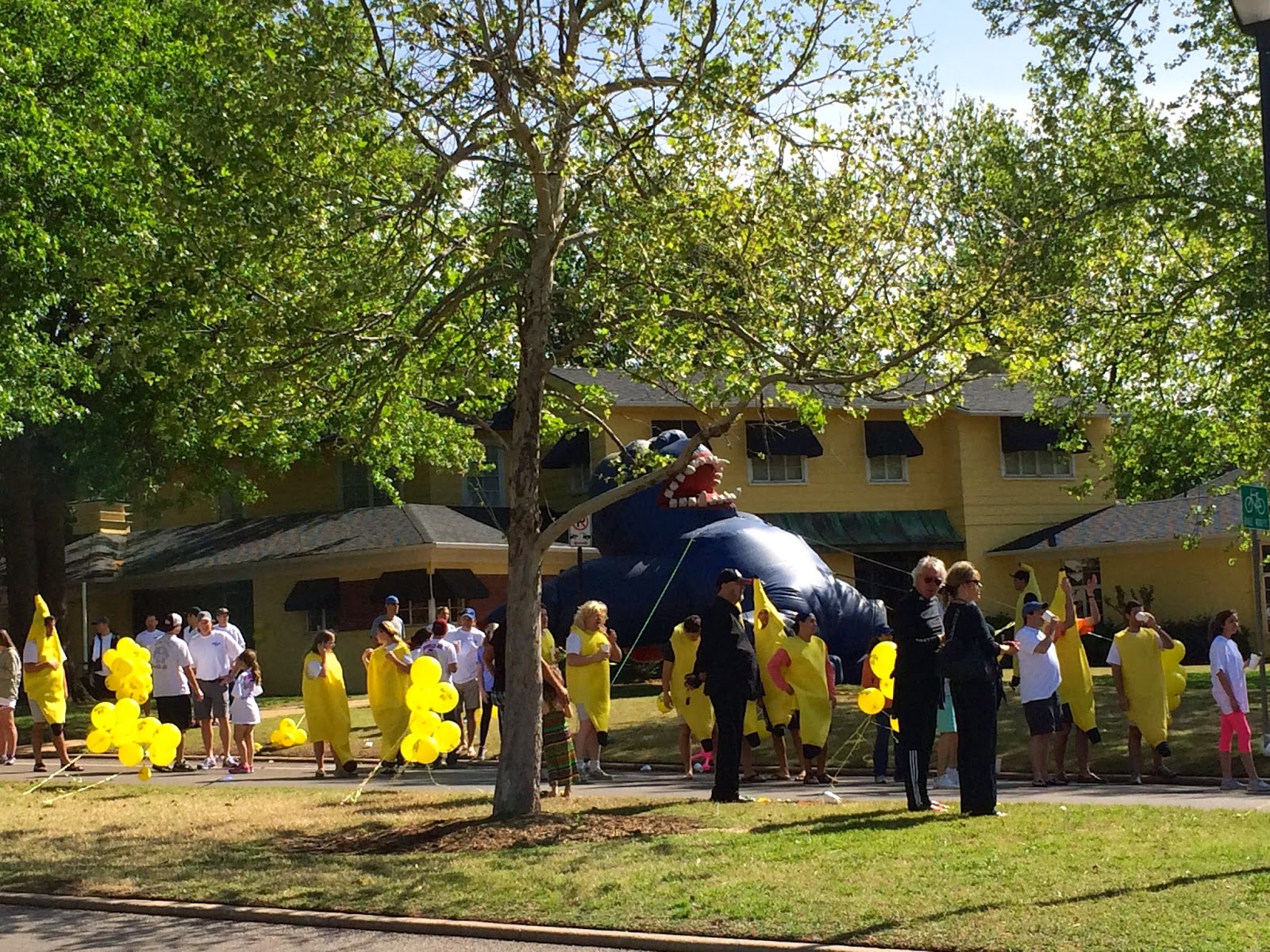 My neighborhood, Crown Heights, is one of the lucky communities that these athletes pass through in their quest to honor the victims of April 19, 1995. Those of us who do not participate athletically, show our support by cheering, high-fiving, making signs... 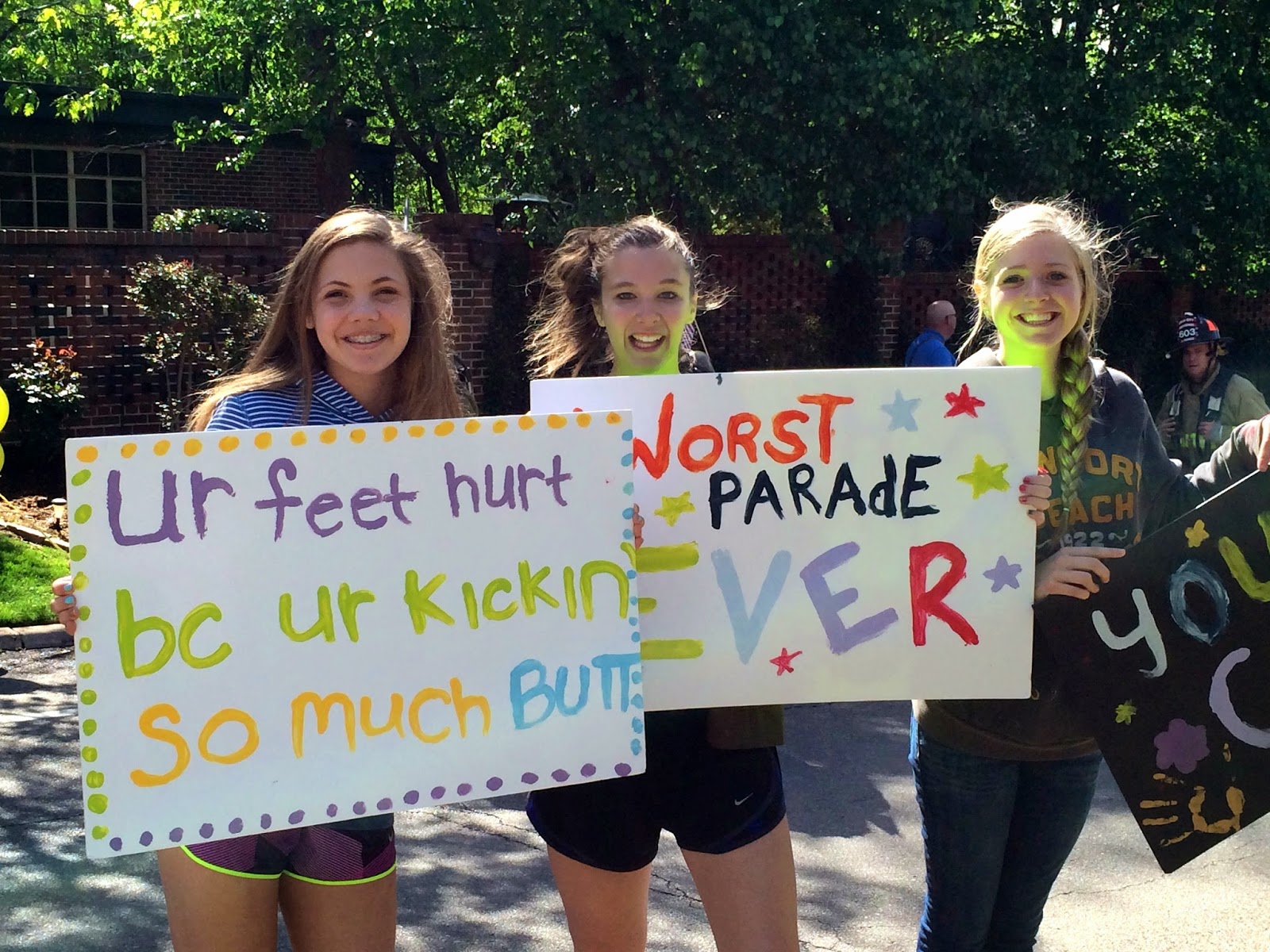 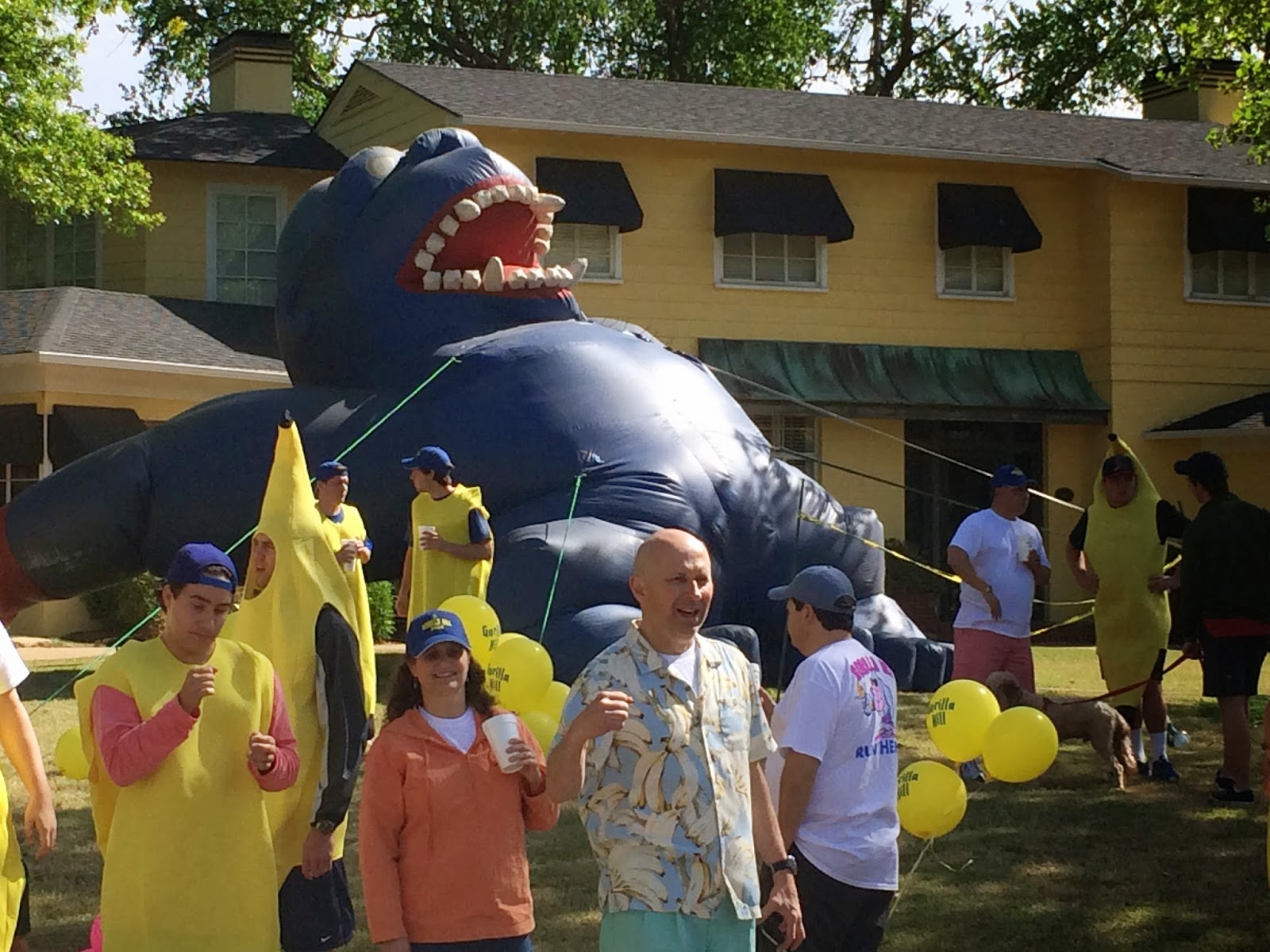 or hosting a giant blow up gorilla to motivate runners as they suffer up the long, steep incline of Gorilla Hill that anchors our neighborhood. 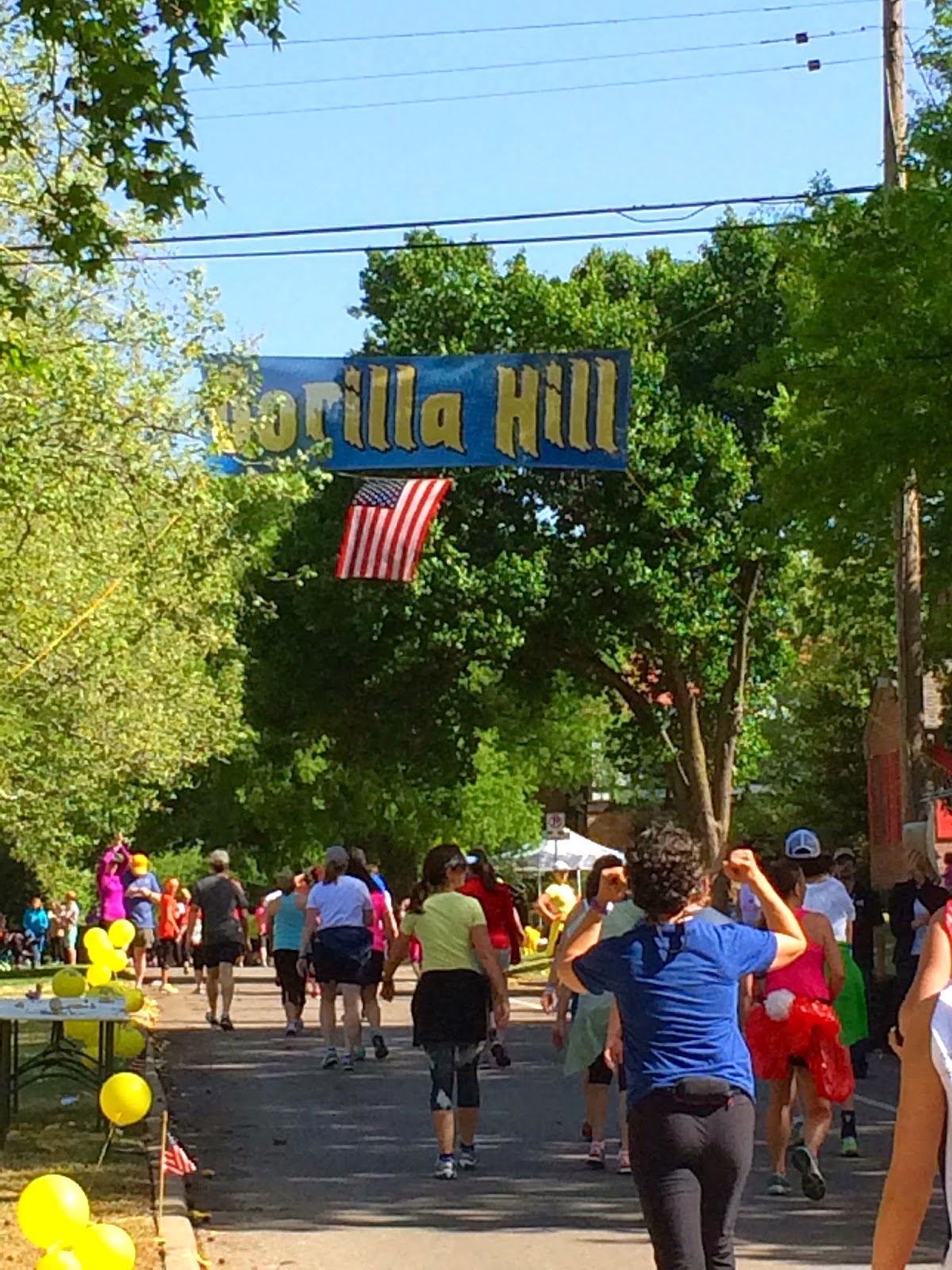 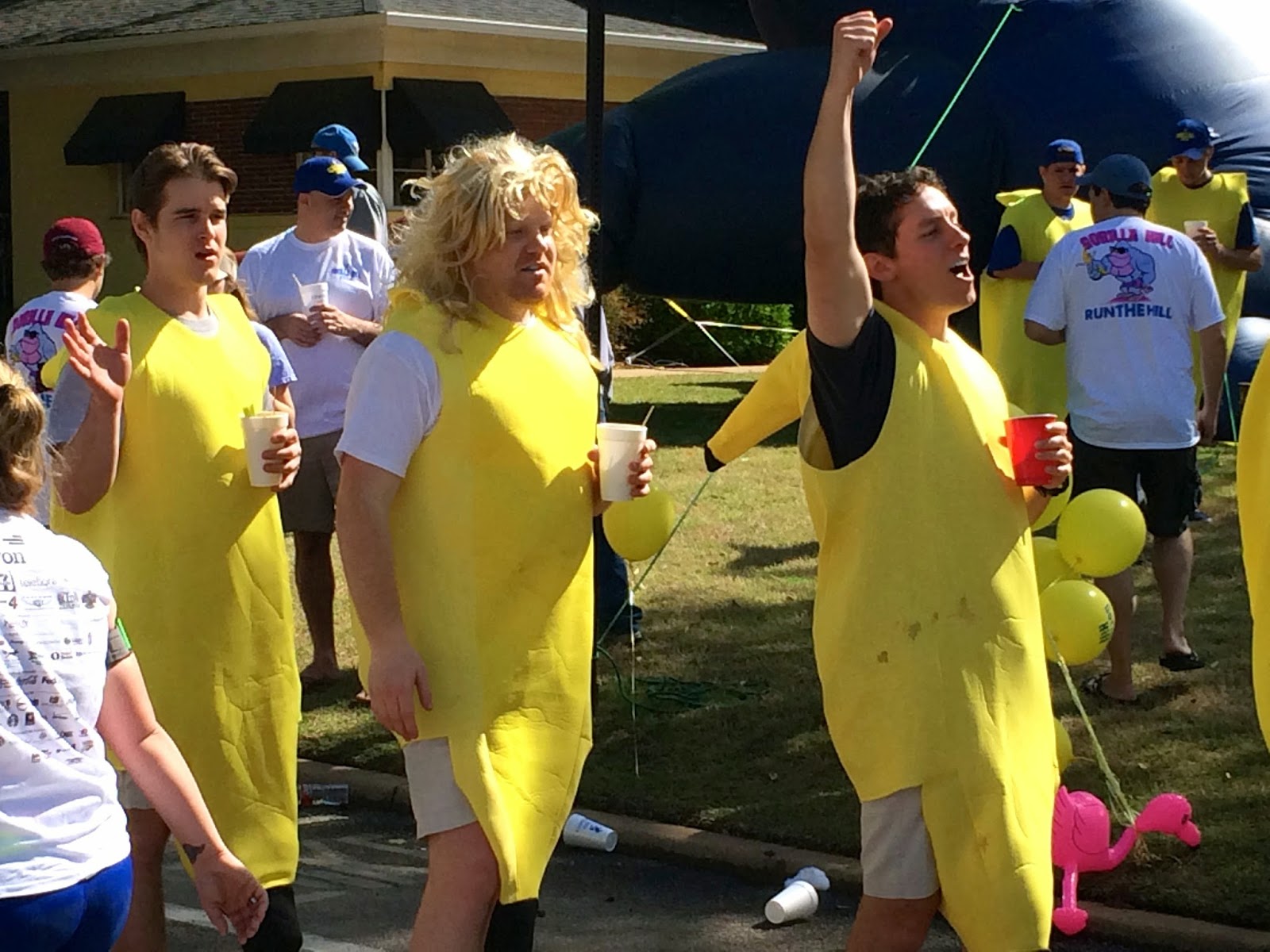 ( I am guessing the giant dressed up bananas are there to support the gorilla...) 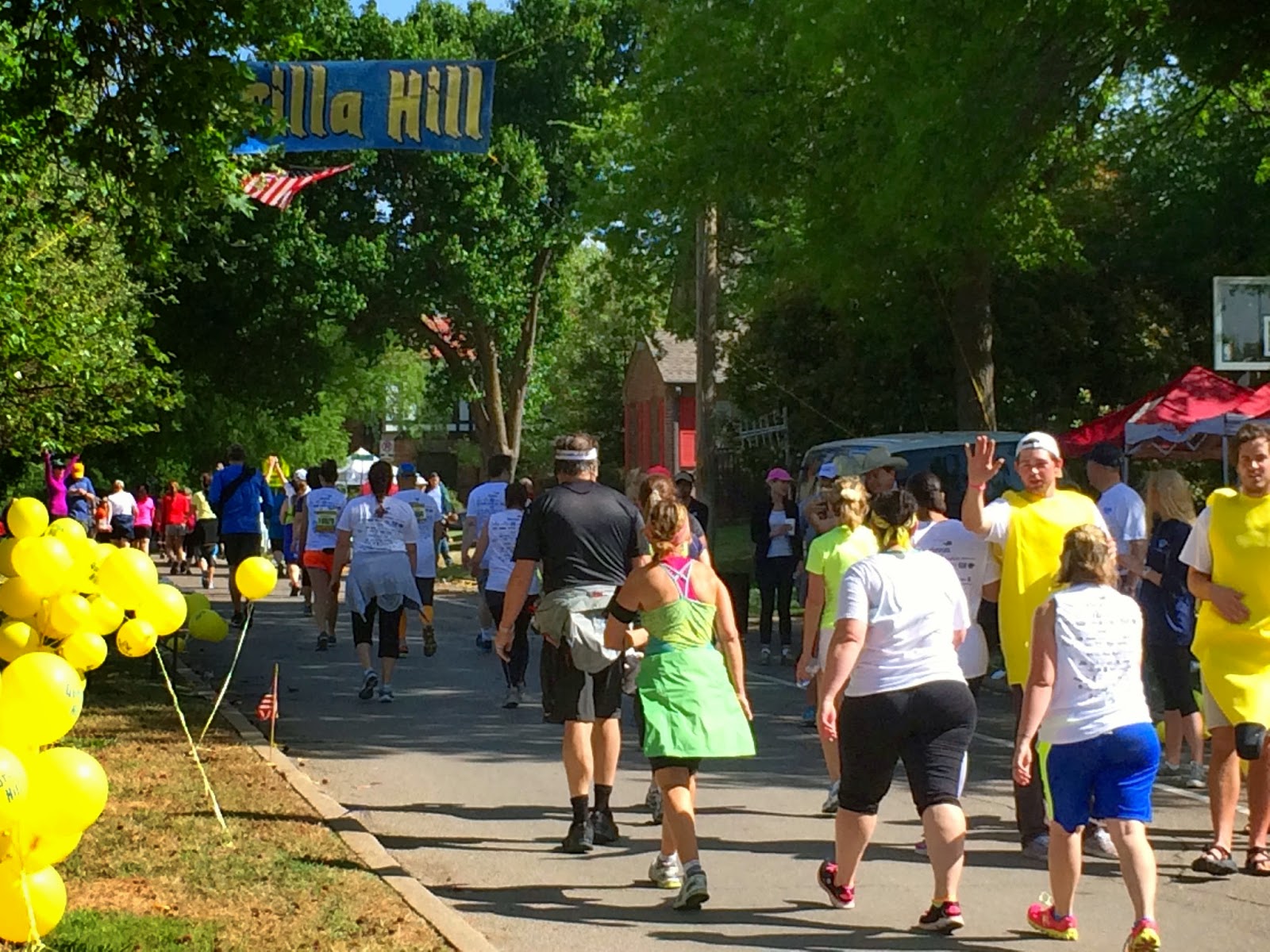 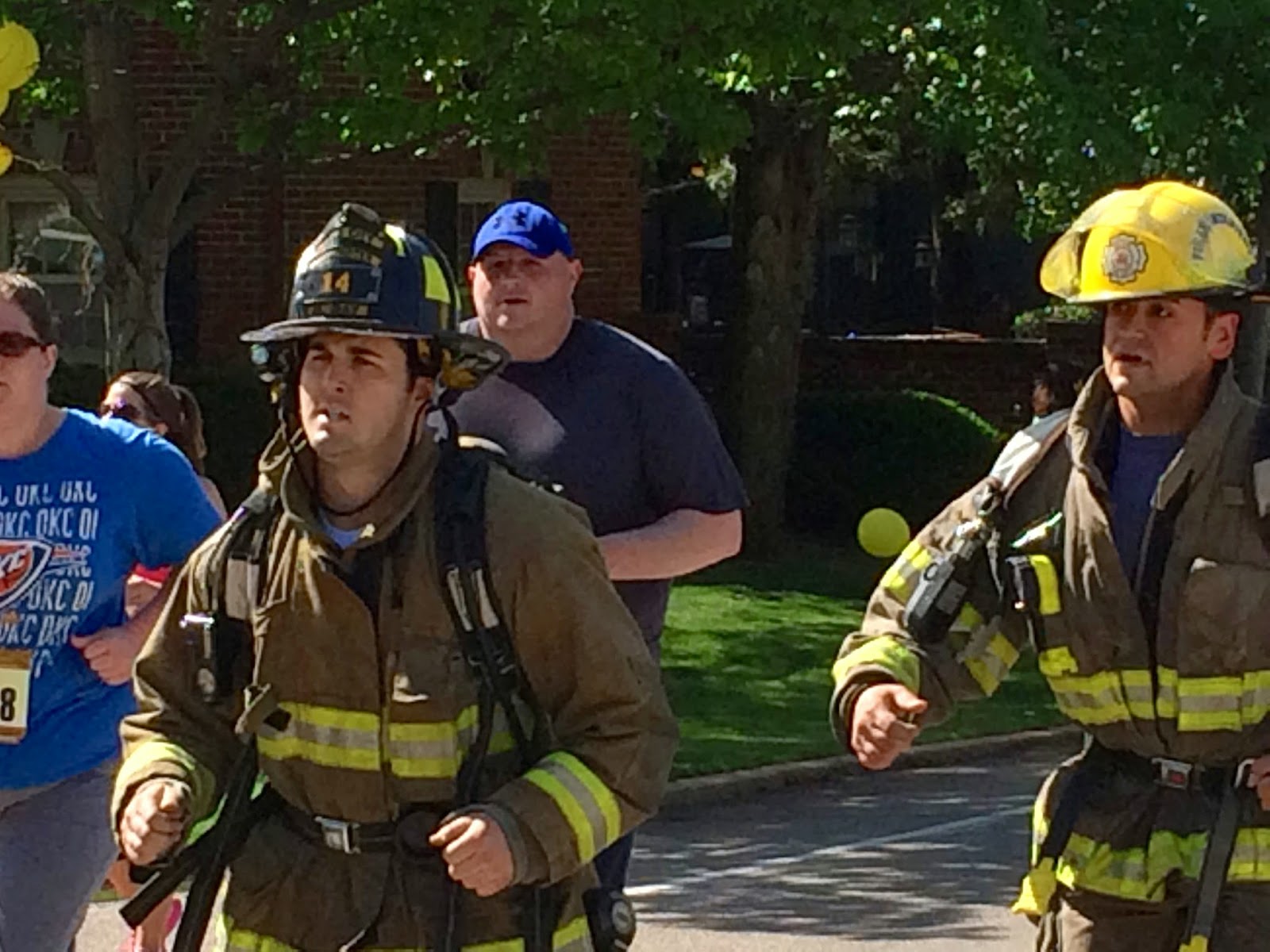 While the rest of us are rooting and cheering and smiling in encouragement...the firefighters, dressed in full uniform as they walk and run, remain somber... 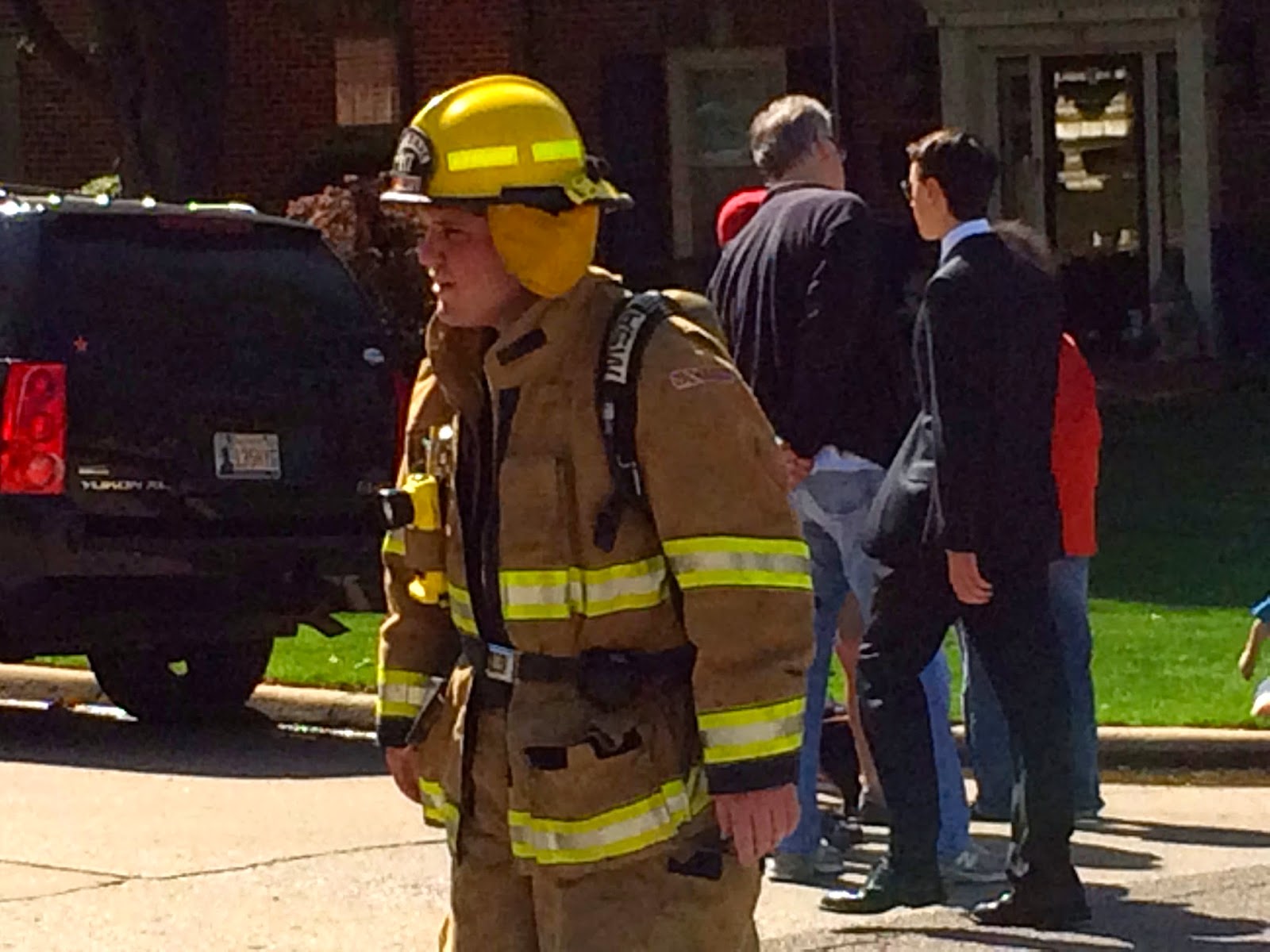 I recognize April 19 and the 168 people who died in my own way...working in the quiet of the garden...reflecting and remembering. Gardening gave me comfort in the immediate aftermath of the tragedy nineteen years ago... 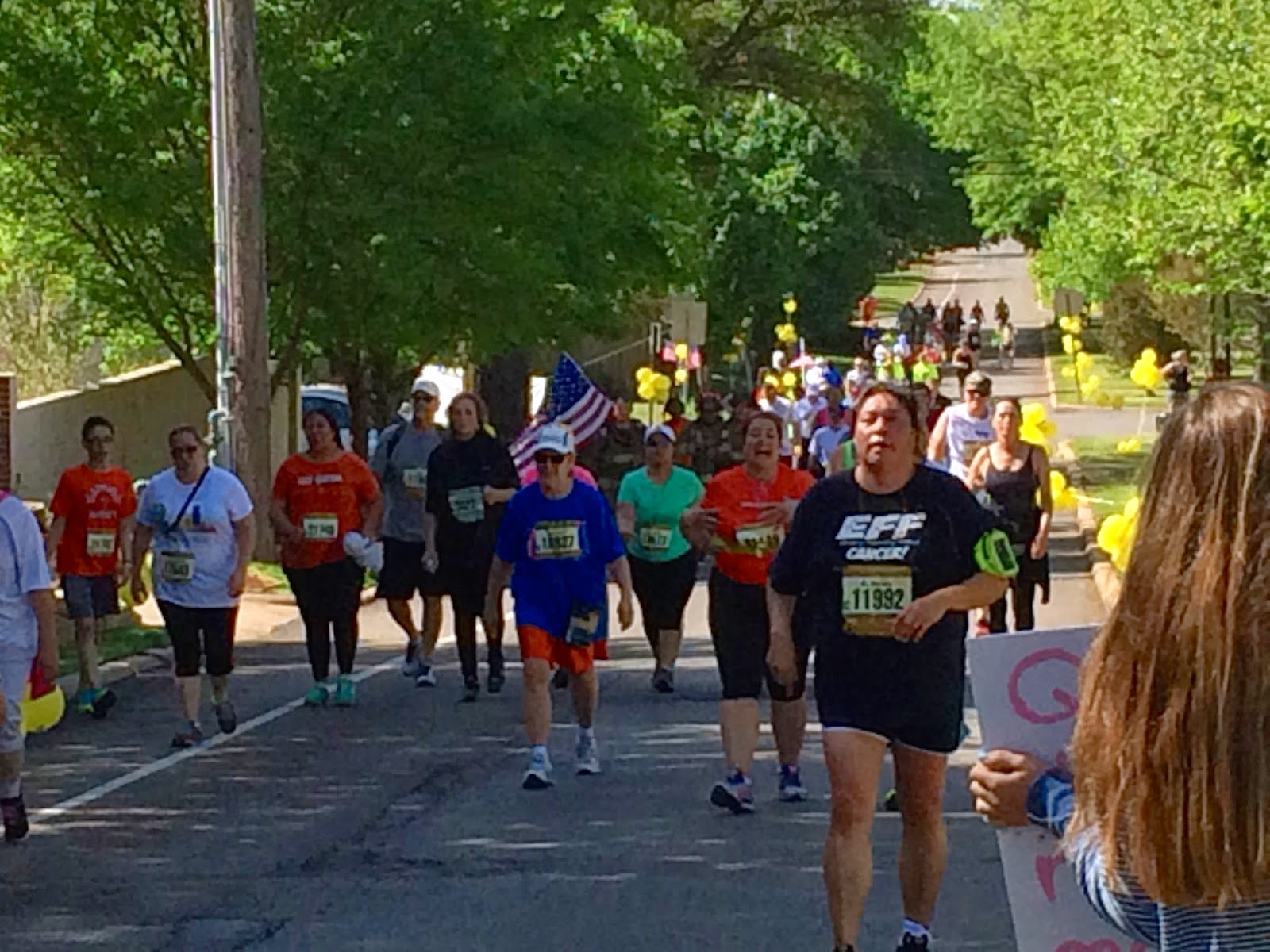 as it does today when I need comforting and sustenance from Mother Earth. 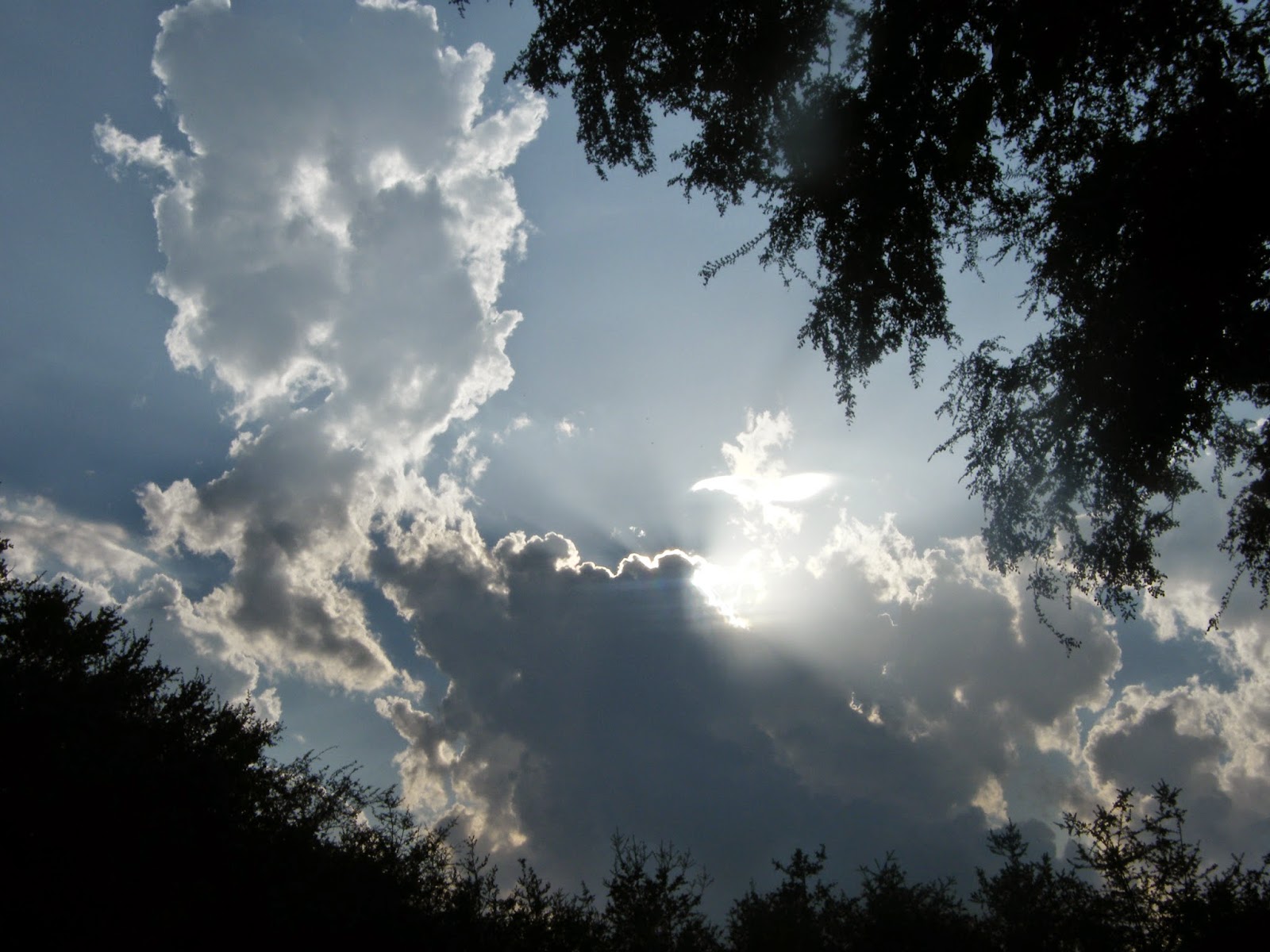