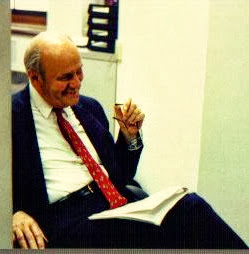 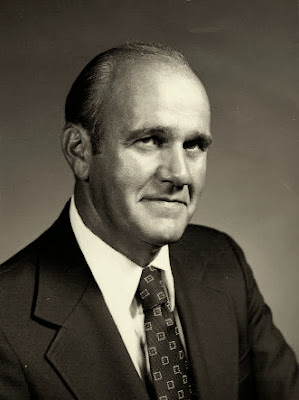 But because the story of his life is eminently compelling; sometimes tragic and sometimes remarkable ...the unique strokes of fate and luck and talent and serendipity that painted the portrait of his 88 years. 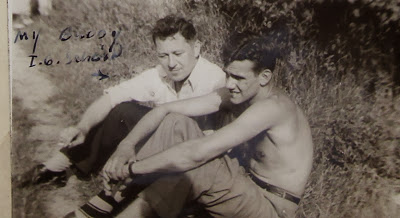 The Cliff Note's version: A middle child, one of nine born in small town Indiana just before the Depression...

star on this same small town's storied basketball team that made it to the big time in the state finals... 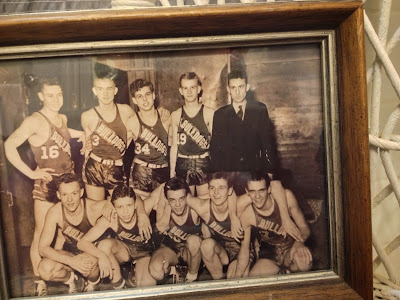 (Dad is on the front row, right end)

a basketball career he later continued as a walk on for Purdue after the war...
where he served as a B17 bomber pilot in the European theater.

Later pharmacy school and marriage to his first wife... 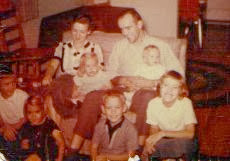 who bore him seven children.. and then tragically died of asthma at 36.

I was five years old at the time; my siblings ranged in age from 1 to 12. (Next time your having a bad day, imagine getting THAT phone call on a Saturday morning.)

A little over a year later, this father of seven married a surgical nurse; 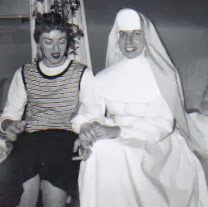 who prior to that had been a nun (are you still with me, here?) 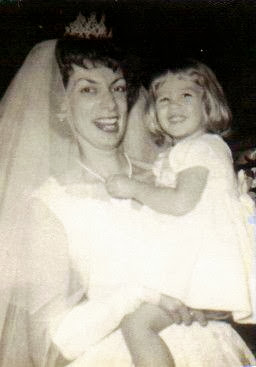 We were, during our family's fifteen minutes of fame, the darlings of the women's page 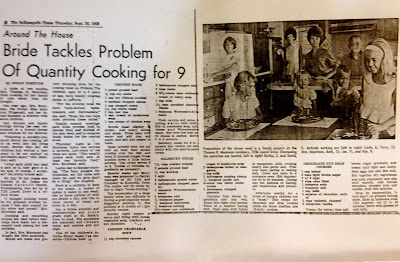 ...today we would undoubtedly have our own reality show; or, at the very least 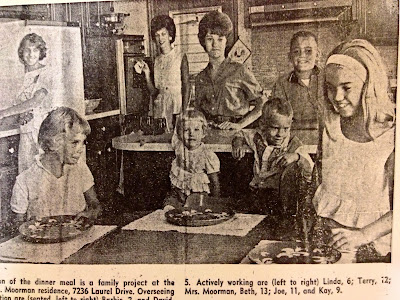 We would have undergone years of counseling, individually and collectively, I feel sure.

But that was then, and this is now. 'Then' soon included my father almost immediately uprooting his Indianapolis family and moving them to Knoxville, Tennessee (compliments of his up-and-coming career  with Eli Lilly Pharmaceutical).

The moving van arrived the day Kennedy was shot.

A day imprinted in memory for many reasons. 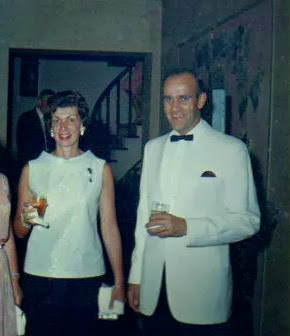 Shortly after the move, a set of twins was born...and not too long after, another son.

And then there were ten: six daughters and four sons. 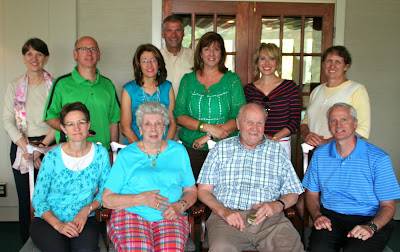 All put themselves through college culminating in one MD, two PhD's, and three more graduate degrees.

Later years would bring retirement after a legendary 37 years with Lilly (and a son who now works for them), 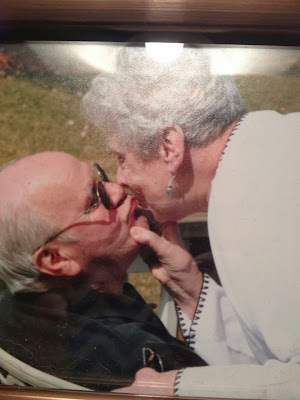 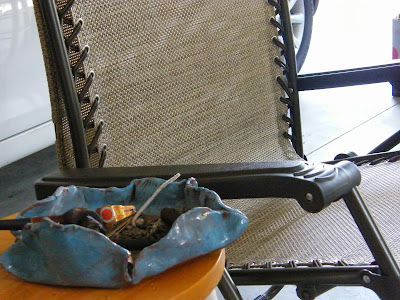 and now a huge hole in the lives of his family and friends who lost him on September 6.

He died in his own bed. The golf channel, volume silenced, played non-stop in the background. L'il Sis put on the Big Band music of his youth. His youngest son and namesake told story after story about the man. We asked the priest who administered last rites if he had ever heard so much laughter on such an occasion...lots of it...as well as tears from his wife, six adoring (and I don't use that word casually) children, three grandchildren and two daughters-in-law who were a his side at the end.

Almost 300 people came to his calling hours...sharing everlasting memories... not bad for a man of 88 years.

On behalf of his children, I was privileged to write and deliver the eulogy at his funeral...so proud to be his child. Equally as proud to be related to my remarkable brothers and sisters, delivering our final message:

Yesterday on NewsChannel 4 Linda Cavanaugh and I discussed growing and preserving Everlastings, or flowers that can be easily cut and dried. Watch it here.