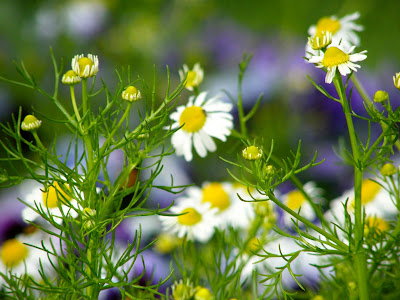 When asked certain things...like how this or that plant will grow in Oklahoma...I most often respond...that we can grow anything in Oklahoma; but it won't necessarily like it... and if it does... it probably won't last very long.  No secret to anyone who gardens in this state. 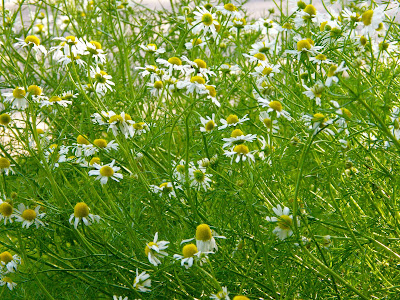 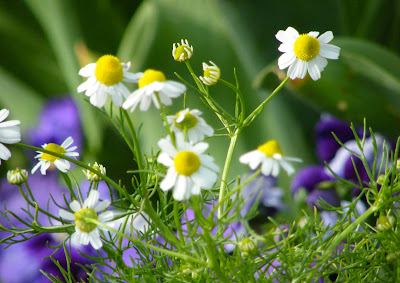 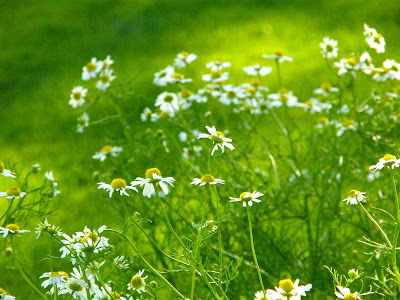 There are exceptions of course.  Virginia creeper, trumpet vine, vinca major...nut grass.  You know, THOSE lovelies.

But there are others too, and one of those others for me is chamomile (because it self seeds rather aggressively, with reckless and, sometimes, marvelous abandon). 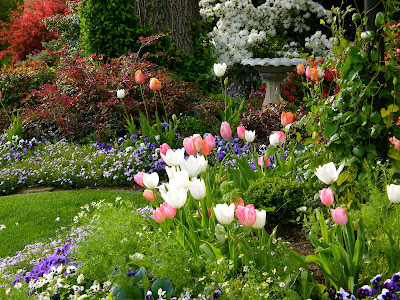 I finally learned to let it escape the confines of the herb garden...

and play with the tulips and pansies of spring. It's delicacy and airiness and innocence is just the thing...

to elevate the beauty of everything around it. 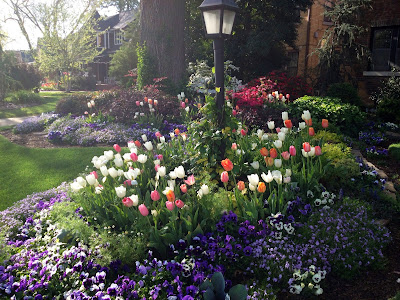 I've also learned to let it travel where it may. Sometimes briefly; sometimes for an extended stay.

One of its destinations is to settle in between the pavers and gravel in the back dining area.

But as it matures, it gets too tall and lanky for my taste. 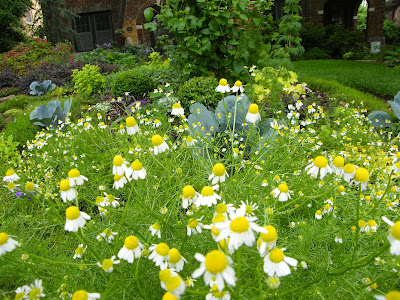 I've tried cutting it back to manage its height and thicken its provenance...a la 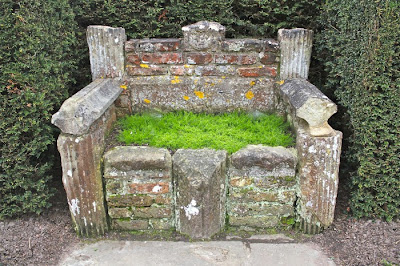 as at Vita Sackville-West's Sissinghurst (here), but it

hasn't resulted in the look I'm going for.

When all else failed, I consulted the omniscient Google-One and discovered that I had not been growing the appropriate variety to achieve the prostrate, low-growing look I wanted to achieve. 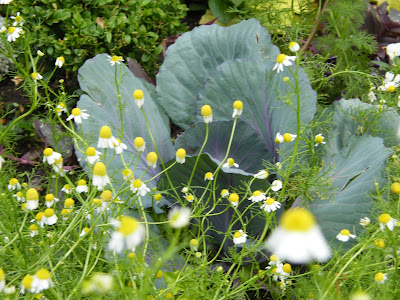 I found good information at Seedaholic (here) and discovered the secret---a different variety of seed that doesn't flower as heavily, but grows shorter and with more density. 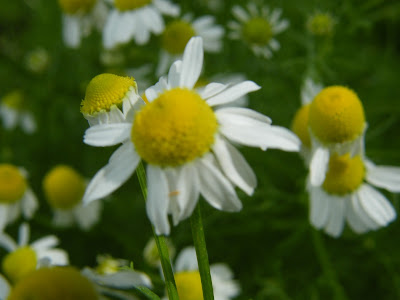 All of this reading and virtual exploring is sending me down the proverbial rabbit hole... 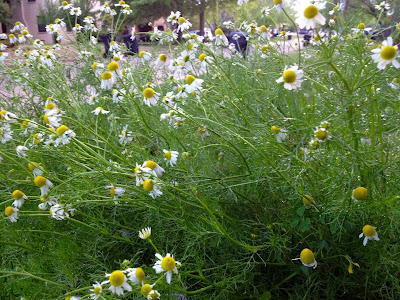 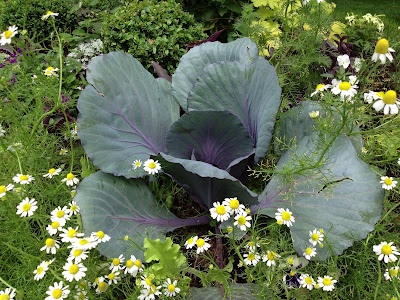 where I will undoubtedly encounter a Mad Hatter, 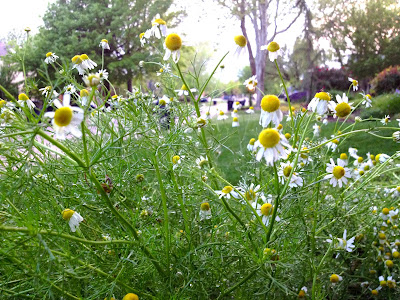 at a chamomile tea party,