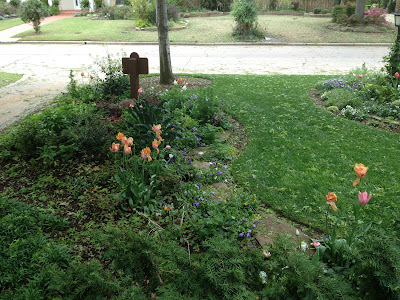 I have lived at this address for over twenty years... it has only been in the last three or four that hail has been such a problem. (Hail is the new tornado in OK.)

I had indeed planned to work in the garden yesterday. I was almost finished with the major things, and was looking forward to the minor ones.  The ever so pleasant piddling and puttering ones. 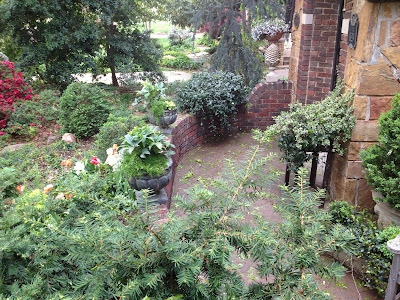 Instead, I swept and raked and blowed and mowed and pruned and cut back...for six hours, no less...after Friday night's most recent hail storm.

The scent of rich, wet, sticky chloryphyl is still in my nose and on my skin. Probably will be for days. 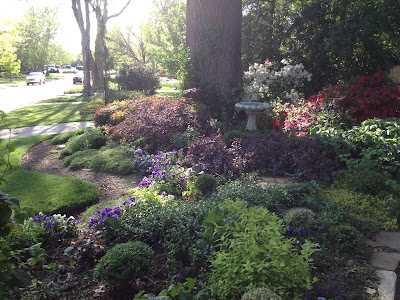 Can you find it? Look closely. To the left of the birdbath...

But it could have been worse. No car or roof damage. The bulbs and phlox were about finished any way...tulips ready to be pulled up and relegated to the compost pile... 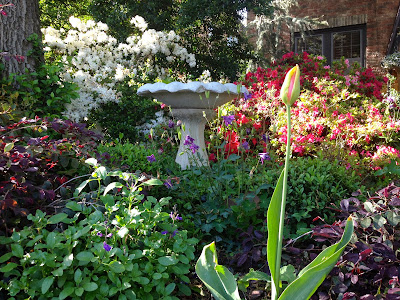 except one.  I give you:

The tortoise tulip of spring. Cagey and clever to have waited so long to bloom; defiant, solitary, and brave.

The winner in my tulips' game of musical chairs. 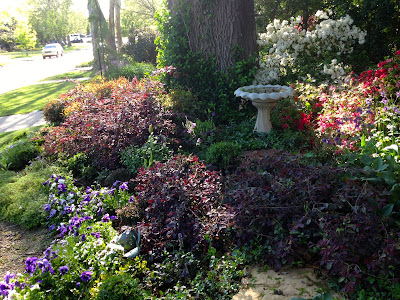 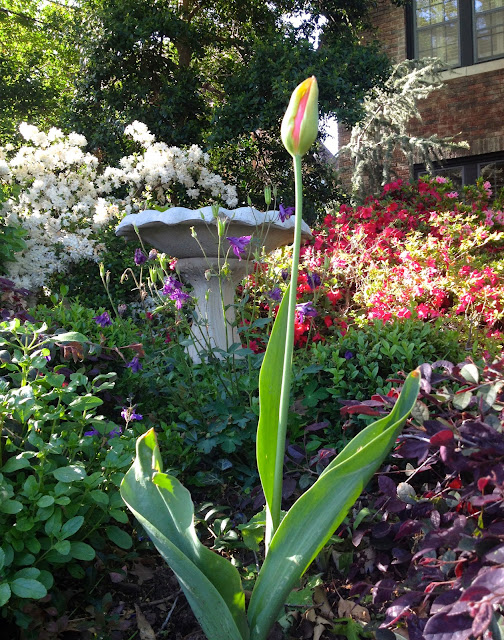 than she ever would have received as just another bloom amongst the masses.

Still erect and proud after the storm...stately without relying on the others for support or visual reinforcement.

She will now command all of my respect, admiration and
attention.  She is 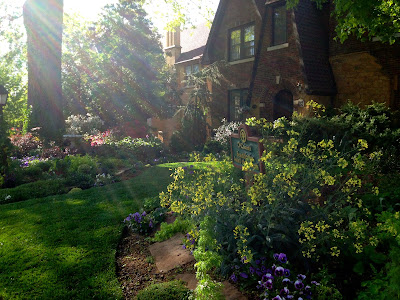