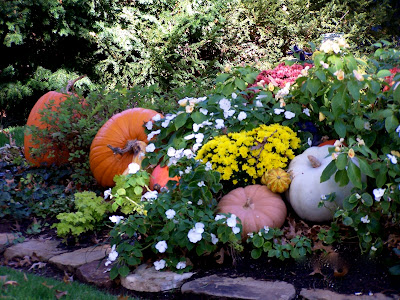 I am generally not a person that is easily offended.  But when L'il Sis (VERY inappropriately, I might add...) accused me...ME!...of committing a brutish seasonal infraction last week I was mightily offended...and justifiably indignant. 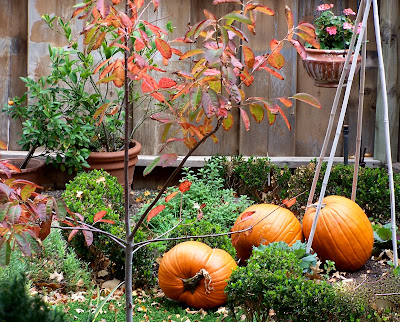 As you may have noticed, I started putting out my pumpkins and gourds a couple of weeks ago (BTW, it is a process that occurs over time as I locate the ones I want and place them as I see fit) ... 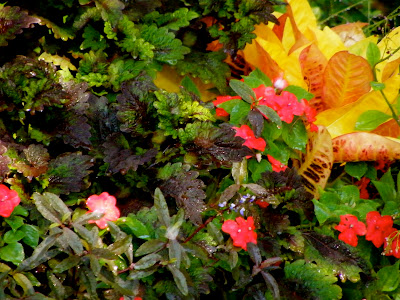 ...and she had the audacity to tell ME that it was TOO EARLY and that I had committed a serious seasonal infraction (def: doing something deemed seasonally inappropriate...i.e. having both pumpkins and Christmas decorations in your landscape AT THE SAME TIME AND AFTER THANKSGIVING or keeping said Christmas decor up until Valentine's Day.) 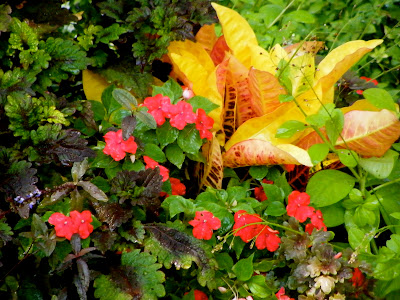 To which I heatedly responded: 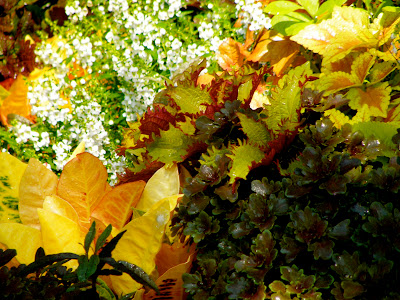 (MY! But aren't these crotons and coleuses pretty...)

My friend Sunshine has even threatened to give out citations for seasonal infractions, it bothers her so much.

I tell her that this kind of vigilanteism could become a problem.  You know, placing power in the wrong hands...of the wrong people... 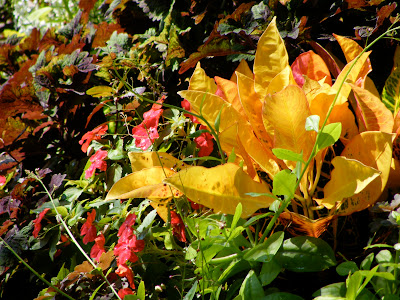 
Those who unlike moi

are not familiar with the regulations.

"One is permitted, even encouraged, to display pumpkins, gourds and fall decor anytime after, and including, September 1." 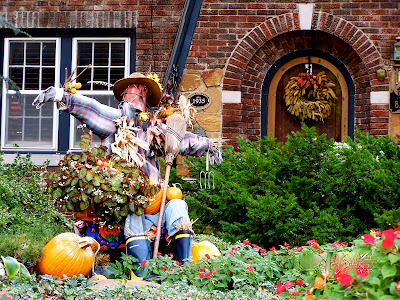 Obviously, she has not consulted the statutes in a while. 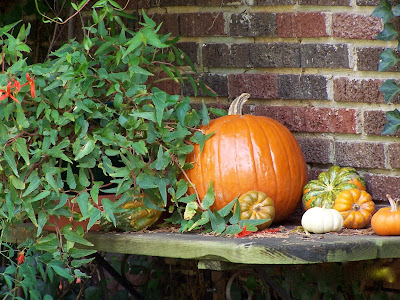 Just sit and chew on that one, little sister.