The Ubiquity of Cuteness

As I write this I am listening to the jaunty lyrics of Alouette in the most recent TARGET commercial, Color Changes Everything (just click to watch)... 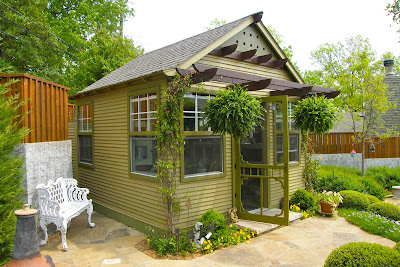 
which brings me to the topic the Ubiquity of Cuteness, a thought bubble that has been floating around in my head for several days now (not unlike that little French ditty.)


There was a time when one could make a trip to TARGET (or Walmart or the Dollar Store for that matter) and return home, relatively unscathed in the pocket book department.  We, for the most part, stuck to our list and avoided the temptations of Point of Purchase displays and seasonal chotskes.


We may have to go back a few years, but there was a time when, yes, quite frankly, things weren't just all that cute in the stores we frequented often.


Now   we are accosted by cuteness EVERYWHERE.


One no sooner walks in the door of almost any store than one is overwhelmed by seasonal or thematic  cuteness.  Cuteness in every color, for every age group, for every size, for every weather condition, for every fad, for every hair color, for every gender (well, two anyway)...sometimes edible, sometimes not, cuteness. Customized, colorized, categorized, cleverly-packaged

It can be absolutely exhausting, this cuteness.  Enter its pearly gates and checking out just one of its aisles becomes a virtual impossibility.  If the contents of Aisle One are this cute, what might be EVEN CUTER in Aisle Two?  If the office supplies aisle is this charming, what, prey tell, is charming (only in numerous different patterns) in the gift wrap aisle?

Enticing SPRING cuteness beside the even MORE enticing (and now on sale!) FALL cuteness. Oh, and for both the INSIDE and OUTSIDE of your waiting-to-be-further-cutified home.

And all you came in for was some Jet Dry and toilet paper.

Earlier this week I went and had lunch with my friend Sunshine who is a buyer for one of the epicenters of cuteness, Hobby Lobby.  She showed me her new office and gave me a tour of the fantastical warehouse world of craftiness, in all of its iterations.

"Oh, look at this!" we would say over and over again to one another.  "Isn't this CUTE!"

We would both acknowledge the item's inherent cuteness (though we both also acknowledged the fine, often VERY fine, line between CUTE... and TACKY).

And if it isn't cute in the pastel version, it might very well be cute in primary colors. Or in lamp form.

But I confided to Sunshine that I had my concerns about all of this cuteness, and whether or not its sheer ubiquity diluted its value.  I can remember a time when I actually created cuteness.  With pinking sheers and polka dot paper scraps and leftover twine.  Now this version of cuteness is available in packages of twelve in the Notions Department, and quite often, for less not only time, but money.

"Now EVERYONE  can be or do cute",  I told Sunshine.  "With little or no imagination".

And I pondered out loud whether or not this easy access to cuteness diluted
its very value, its very specialness. Yes, we both decided, the ante had definitely gone up in the cuteness department.  Mere cuteness just doesn't cut it any more.

Something now must be.......extra-ordinarily cute.

Does our misery never end?

(Check in with me tomorrow and I'll reveal my favorite technique for warding off the cuteness epidemic. Till then, have a cute evening. )