Winners and Losers of Summer 2011 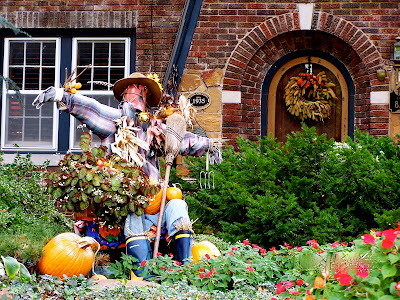 On last Friday's 4 Your Garden segment, I talked about some of the Winners and Losers in our Oklahoma gardens this red-hot summer. The biggest loser in my landscape (and maybe yours, I bet) was the Japanese spreading yew, pictured above during happier days while cavorting with this scarecrow.  I have a number of them scattered around my gardens...at best they are toasty and losing needles, at worst, well, dead.

(Quick!  What's another term for 'Oklahoma Gardener'......Plant Mortician!...would be much funnier if it weren't so true...) 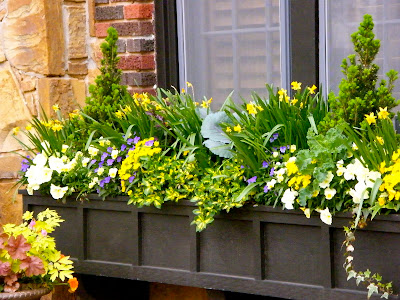 Dwarf Alberta Spruces, like the ones in my spring window box here, struggle during the best of Oklahoma summers.  Still, I can usually get them to hang on for two to three years without showing too much wear and tear.


This summer, however, they were completely fried by their southern exposure, and I pulled them out by July's end.  Treat them like an annual. I do. Several times during the growing season you can find them at great prices at a Home Depot or Lowes...one of the few times I practice a disposable mentality when making a purchase. 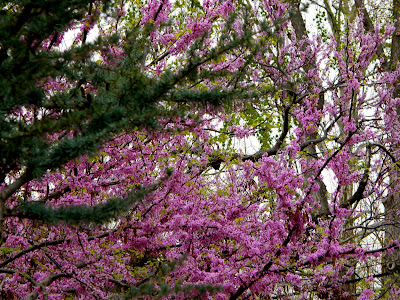 Our native redbuds, so pretty in pink here, are understory trees (they like being planted under the protective canopy of other larger trees); consequently, those planted in full sun had a rough go this summer.  They truly suffered unless given lots of extra water and tlc.


But the Blue Atlas Cedar (also shown above) was of much tougher constitution and came through the heat in good shape. Still, I do get tired of their ubiquitous use in our Oklahoma City landscapes...

A relative newcomer to my list of pretty purple preferred plants is the Chinese Fringe Flower, or lorapetalum, shown here in a neighbor's  yard 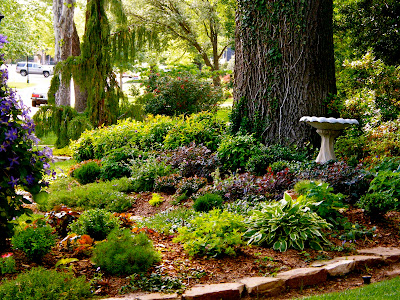 and here in my own.  Plant it in the fall, mulch it well to make it through its first winter, and water it well while getting it established. I like to keep it clipped low and mounded.  It seems to handle both sun and light shade,


and I also like the way it picks of the same purple hue in the foliage of another winner, purple barberry 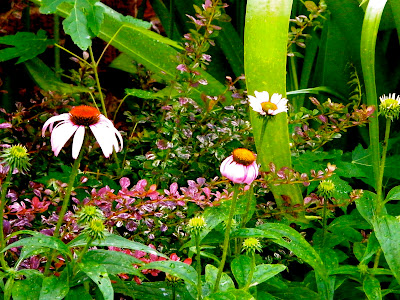 
or the classic Red Pygmy Barberry pictured below.  Again, I keep it pruned tight and low...in nice little tufts.  This constant clipping also keeps it fuller and tidier if growing in a little shade. (But only a LITTLE shade, mind you.) 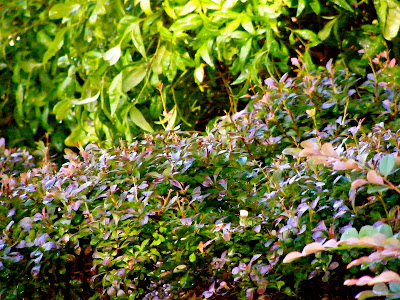 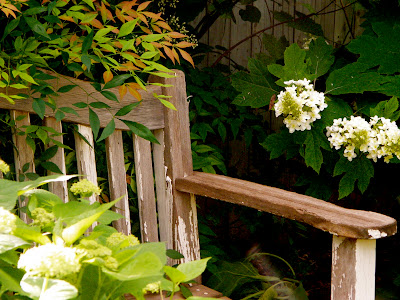 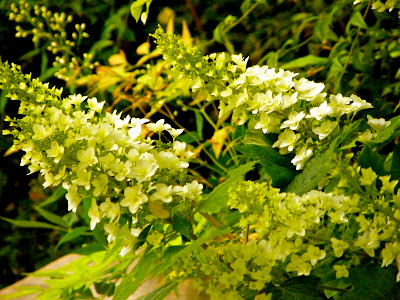 Another winner in my book, interestingly enough, is a hydrangea. Oakleaf hydrangeas may not prefer the heat and drought, but given irrigation during the hottest of months, will still flower with abandon.  Even if their flower heads get brown and toasted mid-summer by the intense heat. 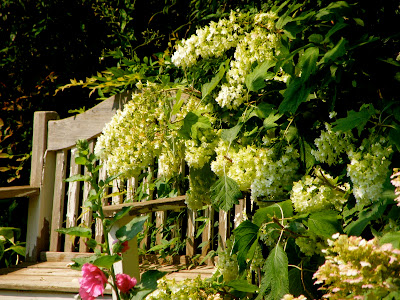 These pictures happily prove my point. 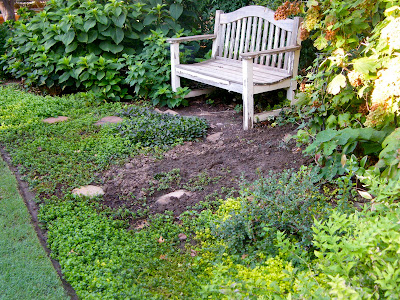 Not so happy was the moneywort.  Large patches succumbed to the extremes, even when given extra irrigation.


A much better performing ground cover was my ajuga.  I let it grow wherever it wants, which is generally between pavers and in low-lying, water retentive areas.


I've said it before, and I'll say it again...it's at its best when mingling with another grown cover.  Vinca minor, or, yes, moneywort, or creeping speedwell, or 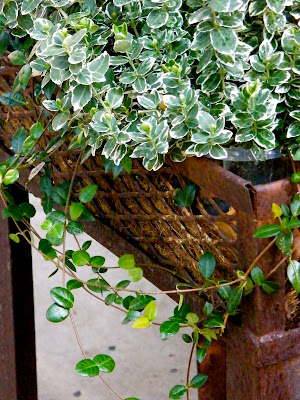 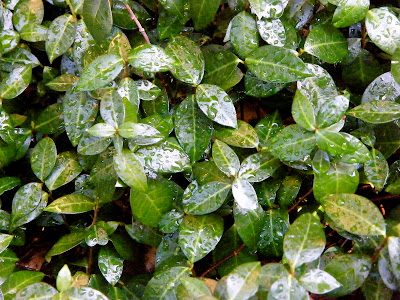 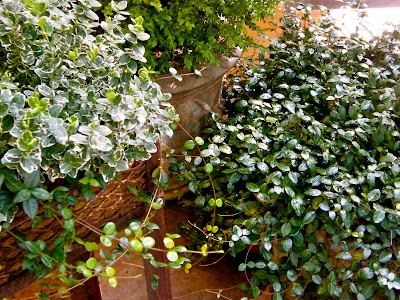 and here, in unison with other potted greenery.  It is ever so much tougher than vinca minor, a very fast and dense spreader once it takes hold


and both heat and cold tolerant with supplemental watering. 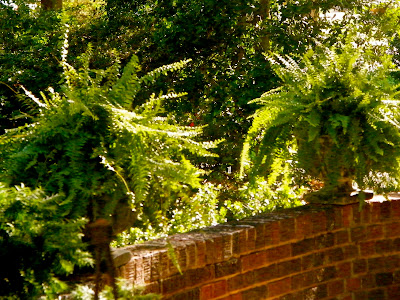 Ferns, given enough water, thrived in the heat. Crepe myrtles were glorious, loving the sun, ignoring the drought.
I give mixed reviews to boxwood. In general, the European varieties didn't fare as well as other types.  Other varieties performed or got scorched, largely depending on the amount of extra water they received, their degree of exposure (or lack thereof) to the sun , and the timing of their last pruning.


Spireas got very crispy, though most will recover with a good sheering to flush out new, fresh growth.  Arborvitaes and spruces in general flunked the test. Do tell, my fellow Okie gardeners, what were your winners and losers this summer?