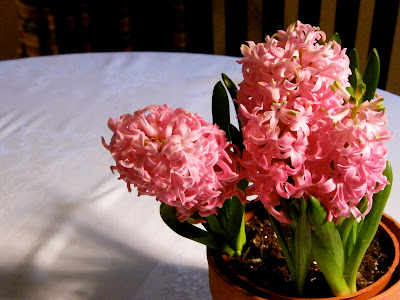 My Aunt Kitty died a few days ago.  My mother's only sibling.  A dear woman whose temperament and nature lived up to her sweet name.  She was Irish, in way that only a Fitzgerald who marries a Shanahan can be.  Mother to five wonderful children, lover of animals, an all-around blissful soul.


But often, the remains of a life get distilled into one iconic moment, one specific mental image forever filed in the memory bank of a person left behind.


I was talking to L'il Sis about this aunt, reflecting on the past, coming to terms with the new family void.  The grace of a life beautifully lived.  I asked L'il Sis what she remembered about our Aunt Kitty, and without hesitation, she said,


The kaleidoscope of a person's life distilled into one frame: pale pink fingernails.


L'il Sis shared this story with our precious nieces who were incredulous that at  the advanced age of seven she had never had a manicure, much less a manicure by an adult.  L'il Sis explained that as one of ten children, we  (a) were not used to getting manicures OR pedicures for that matter, and   (b) were not used to getting undivided attention from an adult... undivided adult attention being a rare commodity for a child in a large family.


Hence the invaluable gift of both ballerina pink nail polish AND being made to feel important and cherished as a six year old in a big family. (Not having been so indulged at six years old,  I had to rely on a self-administered manicure via a carnation pink crayon from my crayola box.  Just one more time when this middle child had to fend for herself.  I suffered so, and continue to suffer still.)


A couple of years ago a neighbor friend of mine interrupted me as I was working in my front yard.  She excitedly told me that spring had officially started that very morning.  I asked her why, thinking she would invoke images of robins and calendars and shorter nights.  But no.  She told me that spring had officially arrived because she saw me on my hands and knees looking at the first tips of my tulips emerging from the dirt.  Surely, she told me, a change of season was imminent.


This from a woman well-loved in my neighborhood, especially by children, for her over-the-top celebration of the Fourth of July and Halloween.   Something she said she wanted to be remembered for when she was dead and gone.  Her legacy.  Her own self-made distillation.


I try to remember this when I am compelled to get snitty about neighbors' dogs peeing on my green lawn, or the postman walking through my flower beds.  I don't want to be remembered as the Mrs. Wilson of Crown Heights.


Better to be remembered as a harbinger of spring....or the bestower of pale pink fingernails. 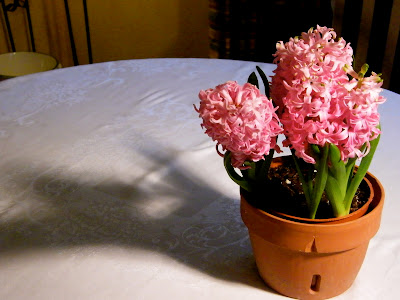