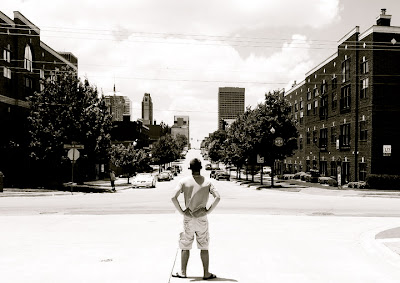 Happy New Year,  my dears.   I had a new year-ish kind of blog all planned for you, replete with resolutions, goings on and clever banter.


And then I got this e-mail from my son who had just arrived (safely, thank God) in India, where he is on J-term through the University of Virginia.

And, well,  it put my provincial, simplistic thoughts and words to shame.  I just wanted to melt at the beauty of his writing,  his passionate sensibilities, and his youthful optimism.  He is my baby exploring the world, and I thought...


I would share him with you for just a bit.  A New Year gift.


In case you are in need of a fresh perspective of a world or a life.  Feel free to melt right along with me.


Hey! We just arrived last night. The flight was nice - there were TVs behind every chair, with a list of movies from Bollywood to the most recent releases. Most of the people on the plane were Indian with their children. It was interesting hearing English from the flight attendant, and then the switch over to Hindi. I was situated away from most of the group toward the back of the plane. I could smell the Indian food microwavable trays being heated in the back.
While I was sitting on the plane, I sat next to a security business
consultant. This was his tenth time to visit India. He was not a fan. For a good thirty minutes he ranted about the poverty, the sanitation of the water, the pollution, the massive population, etc. He was really hyping me up for India. He was a soldier in the Middle East seven years ago, and compared India to the West Bank or Gaza. I tried to enlighten him on some of the more positive aspects of India, but it is kind of hard to teach somebody about a place you have never been.

"Be ready," he said. "You'll be able to smell New Delhi before we land."

This was only partially true, and most of what he said about landing was an exaggeration. The Indira Gandhi National Airport was clean and well lit  - there were hardly any people. Adorning the walls were murals of Hindu ladies dressed in saris, their colonial predecessors dressed in blue uniforms, and cows. It all had a very Picasso cubist feel to it, and the colors reminded me very much of the art out West - pastel shades. Down the escalator were several booths that looked like
check in points where we got our passports checked. Hanging above the booths were people sized hands on the wall, in different positions that you might see on Buddhas or Hindu iconography.

So far, I've only seen the city in the dark. We piled into a bus, and watched as it bullied its way down the road. A heavy fog hangs over the city - a mix of the natural climate and pollution. There is a pungent odor in the fog. It smells like a mix of cigarette smoke and dust. Almost like Dad's warehouse. Actually, as the bus jolted down the road, a lot of what I saw reminded me of the warehouse. There are cardboard billboards hanging everywhere, in English and Hindi, from international brand labels like Nokia to the local car mechanic. Sheets of rippled iron hug the road, almost like a railing, and also
comprise the walls and ceilings of the slums. We saw a couple of them along the side of the road, constructed, ramshackle, out of sheets of metal, billboards, and wood. In a couple, a fire burned inside, and you could make out the glow through the cracks in the walls.

The streets, despite what you might think, were well laid out. The rules of the road, however, were not. The bus rushed through red lights. Auto rickshaws, putting along on the side of the road, were forced to give way to our travel. It is big fish eats little fish out here. We had to demur to a fat dump truck, Sita and Ram windshield stickers blessing us as the truck roared and zoomed past us. Cars, like in England, drive on the left side of the street. The street is split by a median, and along the median are Eucalyptus trees. We were on our way to our hostel in Faridabad, and the drive, and outskirts of the city, remind me very much of New Orleans. The forest lives and breathes near the side of the road. Dogs bark and run. There were several cows with humps on their backs.

I would describe the hostel, but I've run out of time. I hope this
gives you a good idea of my impression of India so far. I am looking forward to seeing it all in the daylight. Sadly, I woke up this morning to the sound of rain pattering in the mud outside. I'm not sure this is going to be a possibility.

Hope all is well, I will keep you updated,

One of my New Year resolutions was to be less obnoxious in bragging about my boys.